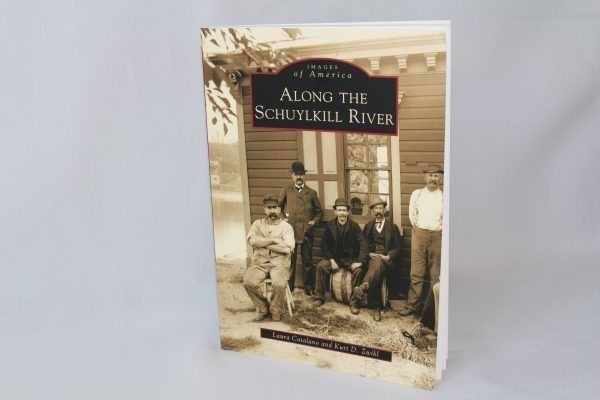 Along the Schuylkill River (Images of America) by Laura Catalano & Kurt D. Zwikl

The Schuylkill River got its name, meaning “hidden river,” from Dutch settlers who discovered its mouth sequestered behind the Delaware River’s League Island. It later became a river of revolutions. Along its banks Revolutionary War battles were fought, and George Washington’s army famously camped at Valley Forge. Later the river helped fuel the Industrial Revolution with coal from Schuylkill County shipped to Philadelphia via the Schuylkill Canal. The Philadelphia and Reading Railroad began here and grew into the largest corporation in the world. The iron and steel industry flourished along its waters. The Schuylkill River Desilting Project of the 1950s was the first large-scale cleanup of its kind and helped usher in an environmental revolution. The nation’s first public water supply was developed here, and its first zoo and university overlook the river.