Online ticket sales have closed. Tickets for the film festival, pre-show paddling trips (5 PM and 6 PM shuttles) and raffle prizes will be available for purchase in-person on Saturday, May 21, 2022. 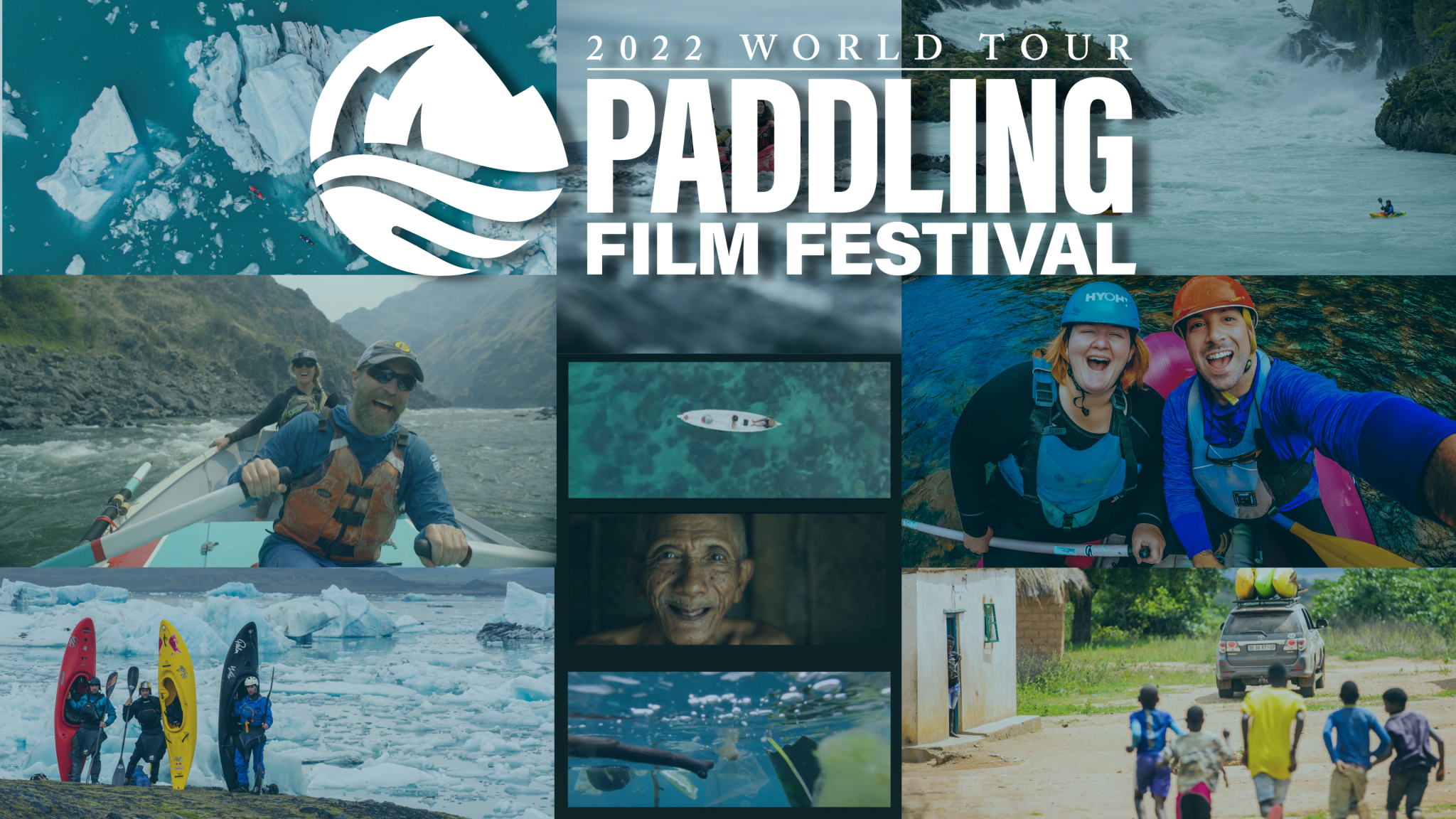 The 2022 International Paddling Film Festival will be a theater experience in nature alongside the Schuylkill River. Grab a chair or blanket to lay out on the grass while watching exciting documentary films of paddling adventures. The fun and family-friendly event returns to Pottstown for the third year on Saturday, May 21st, at 8:30 PM. Pre-show paddling trips with shuttle service available as an add-on during registration. CLICK HERE TO REGISTER 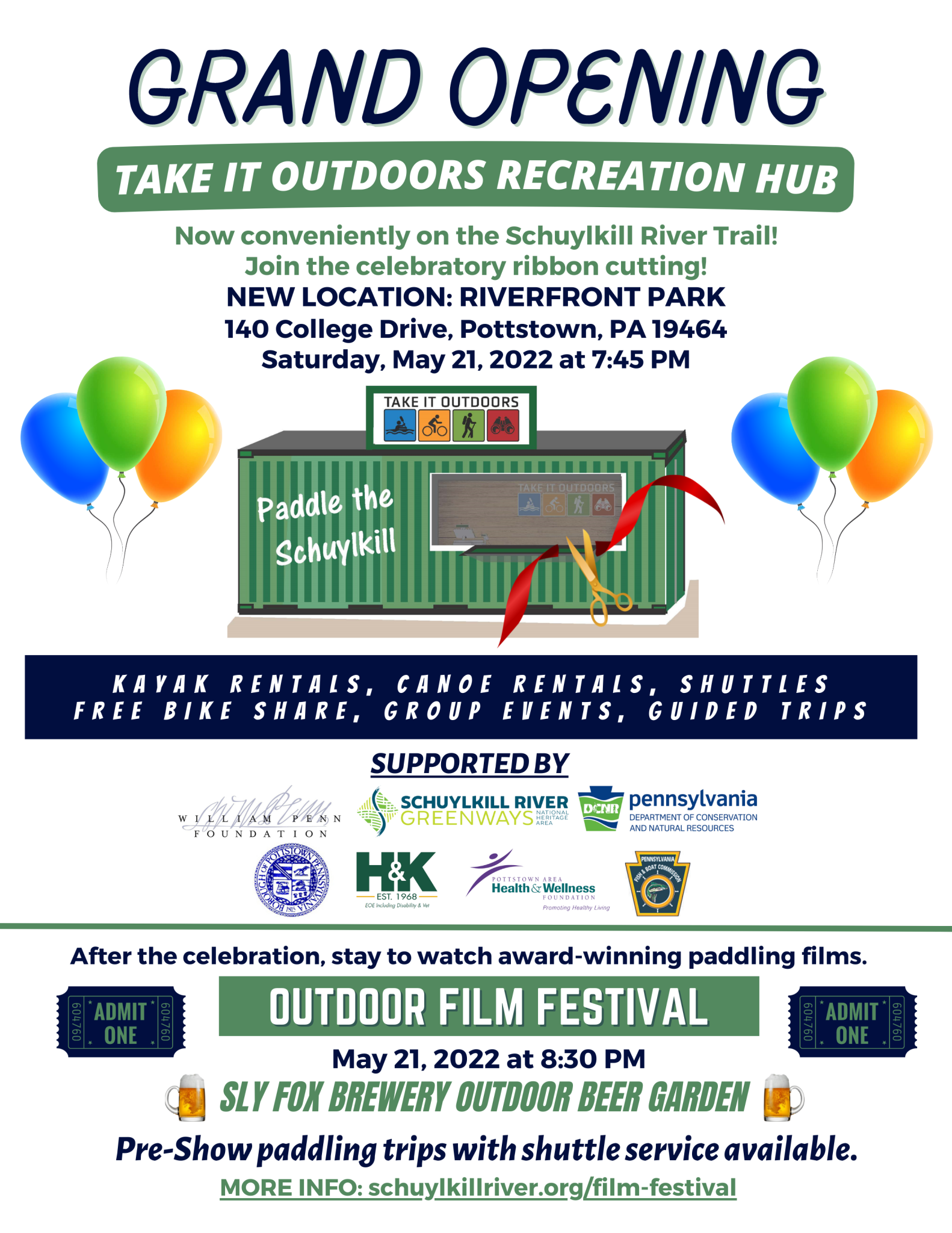 Thank You to Our Sponsor

Bring your own chair or blanket to get comfortable while you watch a variety of award-winning paddling films on a large outdoor screen. Free popcorn will be available! Bring your own snacks and non-alcoholic beverages.

If you would like to purchase a ticket or make a donation by check, please contact Alex Shandera at 484-945-0200 or email ashandera@schuylkillriver.org. 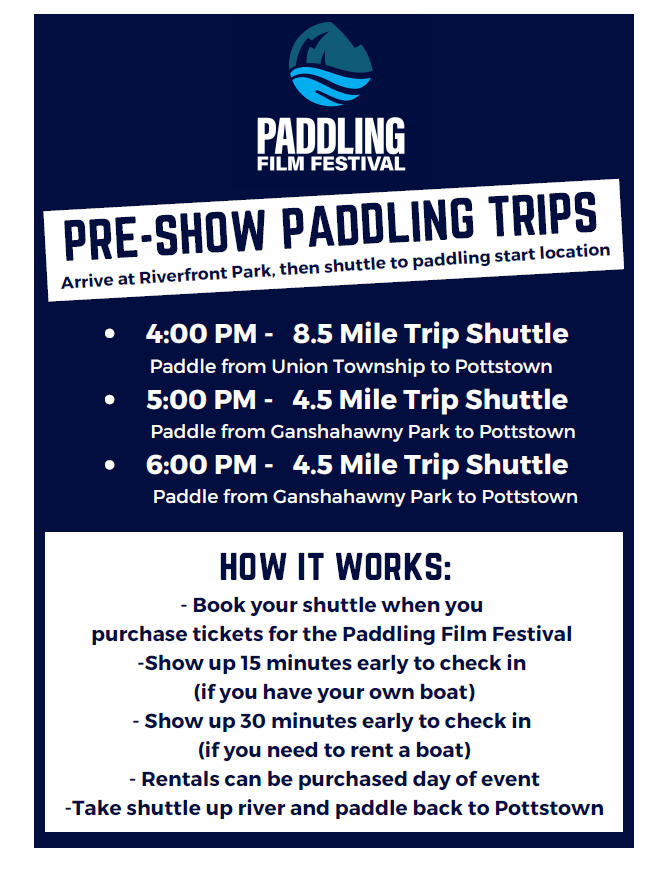 Add a paddle along the Schuylkill River with shuttle service to your order when you purchase tickets to the Paddling Film Festival. Paddle participants will arrive at Pottstown Riverfront Park, be shuttled to the starting location, and then paddle back to Pottstown on the river. The cost of the shuttle service is $10 per person. Boat rentals can be purchased day of the event. 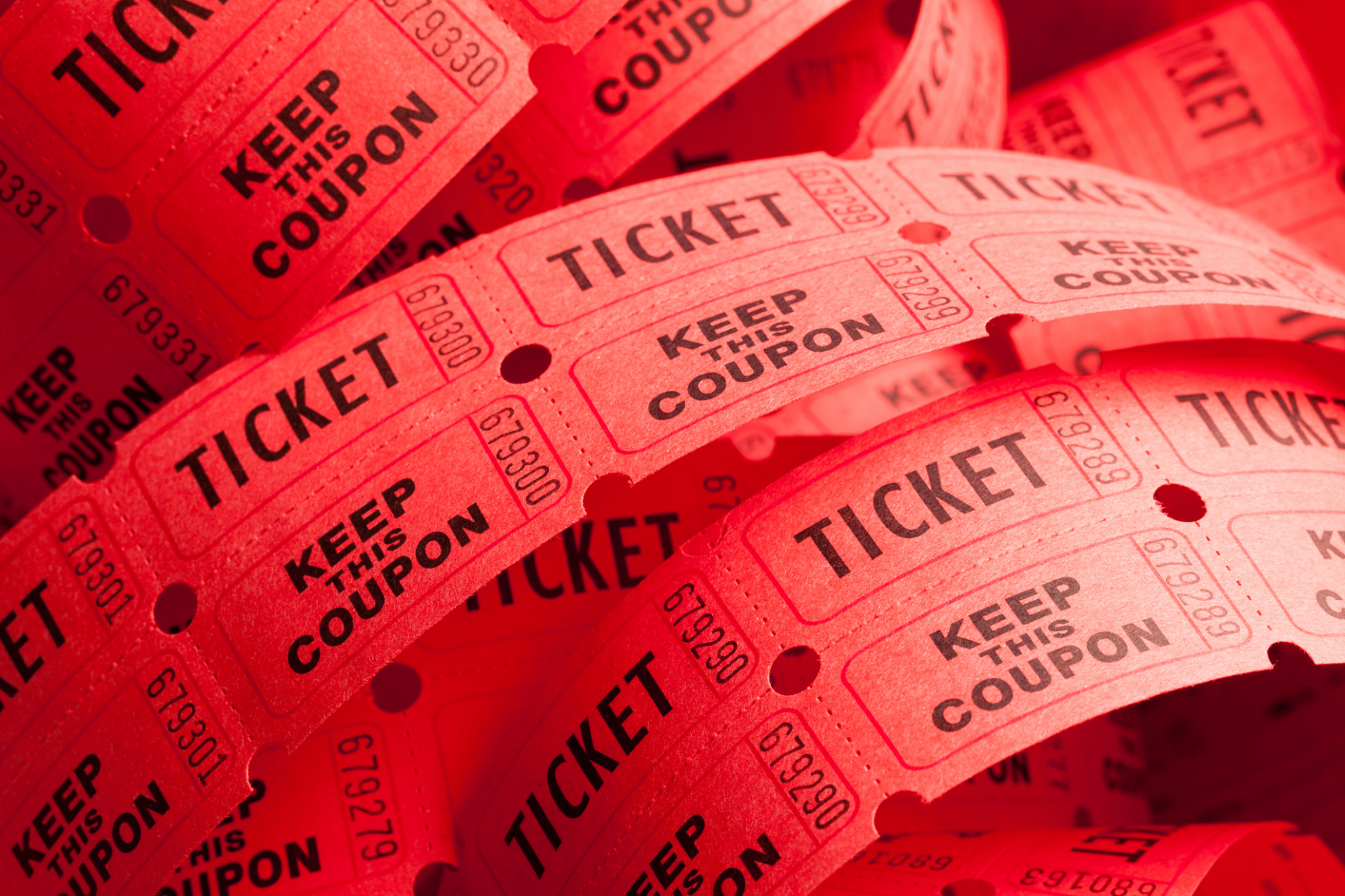 Enter for a chance to win! Two winners will be drawn during the Paddling Film Festival. Add raffle tickets to your order when you purchase tickets to the film festival. Raffle tickets will also be on sale in-person day of the event.

Schuylkill River Greenways will be following all current public health Covid-19 protocols throughout the event and will take every measure to keep attendees healthy and safe. We will follow CDC, Pennsylvania and local Covid guidelines, which are subject to change between now and the actual event.

More About the International Film Festival

The Paddling Film Festival is an international film tour presenting the world’s best paddling films of the year. Rapid Media produces the annual tour which is shown in more than 120 cities and towns across Canada, the United States and around the world. The collection includes films about kayakers exploring remote coastlines, northern river canoe expeditions, motivating environmental documentaries and more.

Since Rapid Media launched the festival back in 2006, the World Tour has screened to more than 1,117 times to more than 230,200 audience members. Rapid Media has awarded 82,500 to paddling filmmakers and helped raise tens of thousands of dollars for charitable causes. The Paddling Film Festival World Tour has grown to become one of the largest paddling events in the world.

Every film festival attendee receives a FREE one-year digital subscription to Paddling Magazine and a chance to win an Aqua-Bound canoeing, kayaking, kayak fishing, or SUP prize pack (up to a $425 value). You also get to cast your vote during the event for the best film to go toward selecting the People’s Choice Award winner.

The Schuylkill River Greenways National Heritage Area brought the Paddling Film Festival to the region for the second year in a row as an outdoor and physically-distant drive-in theater experience at The Sunnybrook Ballroom on May 6, 2021, from 8:30 to 10:30 p.m.

Schuylkill River Greenways invited area residents to celebrate the spring season and the outdoors with the fun and family-friendly viewing of adventurous paddling films. The international festival returned in 2021 with a whole new set of exciting stories that take place on rivers, lakes and oceans.

River Runner, The Long Today and Moondance are just a few of the film titles featured at the event. The festival also included an original short film celebrating recreation on the Schuylkill River called Schuylkill Soaring.

The Schuylkill River Greenways National Heritage Area brought the International Paddling Film Festival to the region for the first time in 2020 as a unique and socially-distant drive-in theater experience at The Sunnybrook Ballroom on Oct. 22, 2020.

People have been spending more time outdoors since the COVID-19 pandemic, which has led to a greater appreciation for nature. The film festival celebrated the outdoors through adventurous paddling stories along scenic oceans, rivers and lakes. Families and friends enjoyed the event on a big outdoor movie screen, while still following COVID guidelines for social distancing.