Ride for the River

The 5th Annual Ride for the River was a DIY Tour Ride! 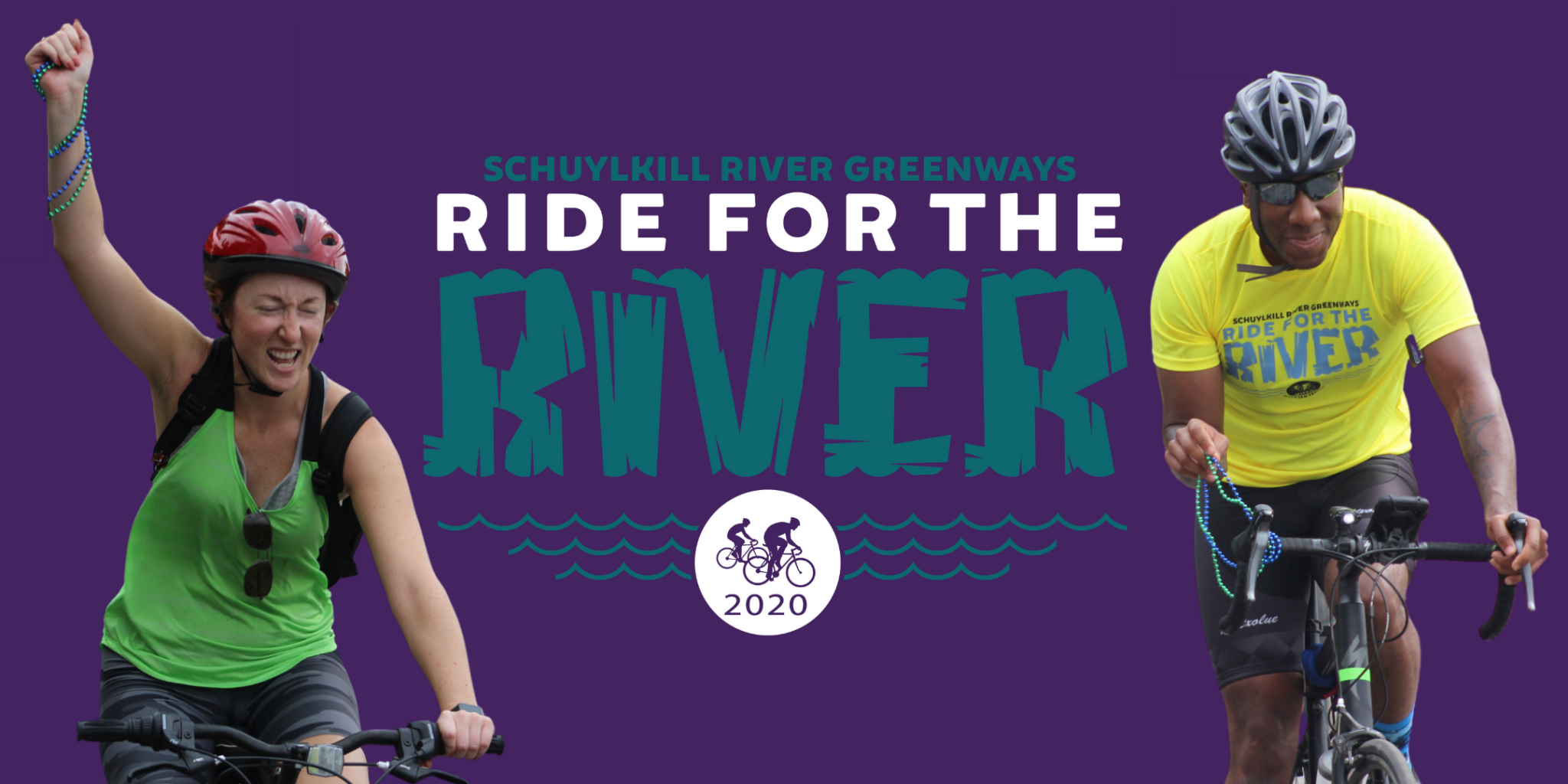 A Finale Celebration Day was held on Nov. 7. The celebration included educational tables, giveaways, and refreshments along the route. Volunteers helped cyclists cross at road intersections. Also during the celebration, Sly Fox presented representatives of the Schuylkill River Greenways National Heritage Area with a check of $7,910.50 from the sales of this year’s SRT Ale. The donation was the biggest yet since the production of SRT Ale! The ale is available all year long. Ride for the River highlights the trail and river. It’s also a fundraiser for the trail. Sly Fox has partnered with Schuylkill River Greenways for the past five years by producing SRT Ale, an ale that benefits the Schuylkill River Trail. 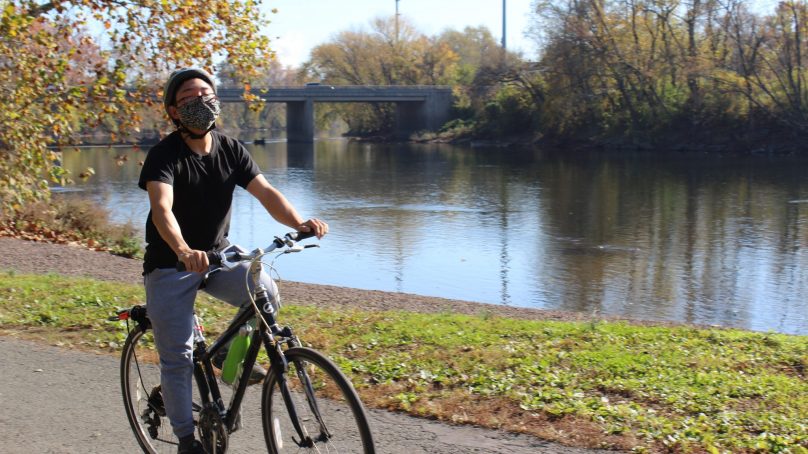 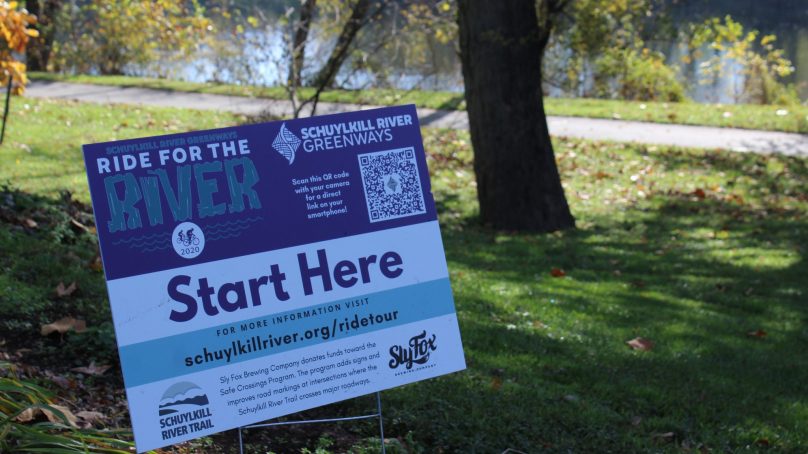 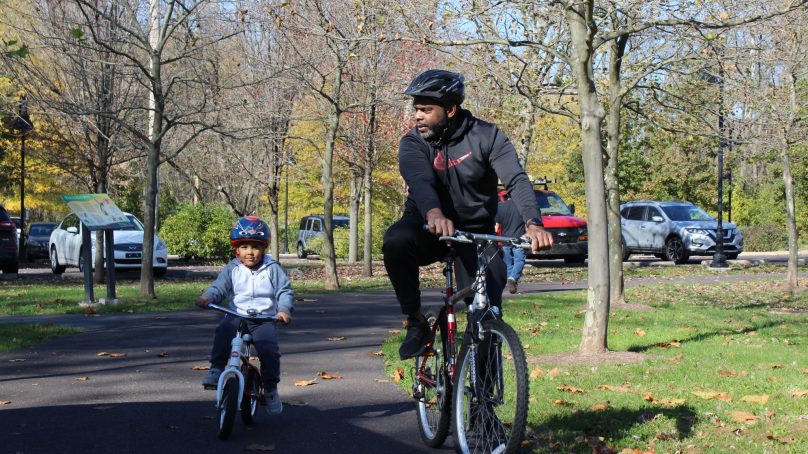 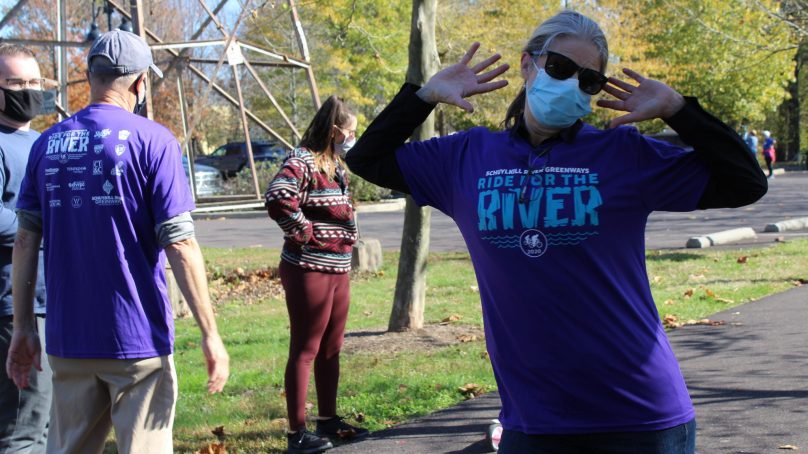 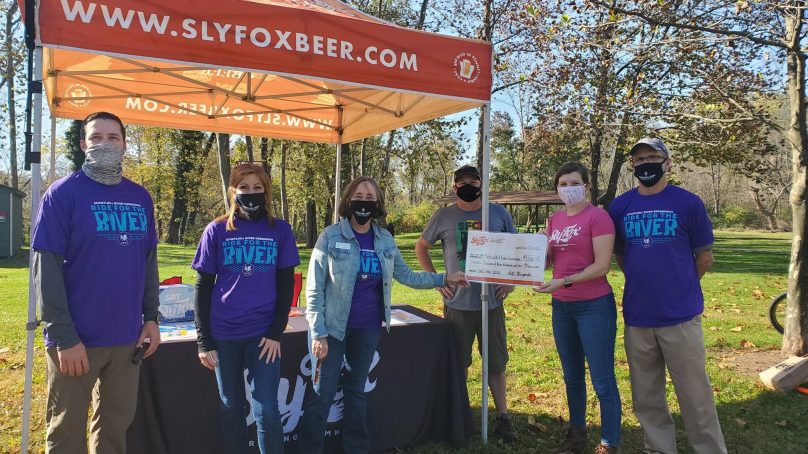 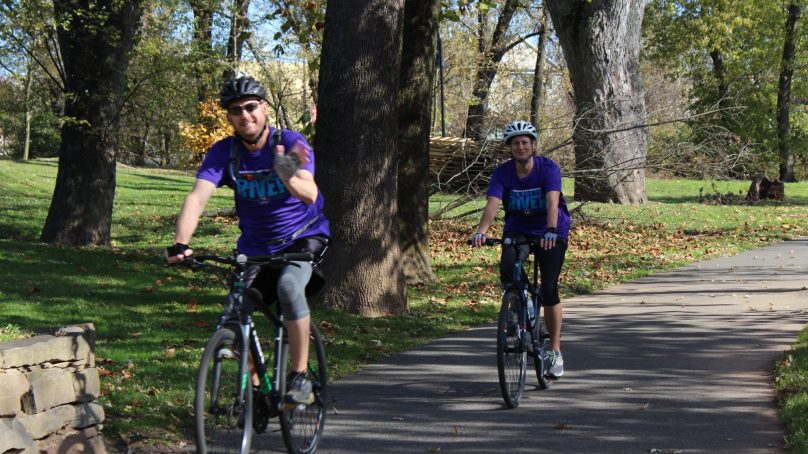 SPECIAL THANKS TO OUR 2020 RIDE FOR THE RIVER SPONSORS & PARTNERS!

About Ride for the River

The details below describe a normally scheduled Ride for the River and do not necessarily apply to the 2020 event. Several changes had to made to the 2020 event because of the COVID-19 pandemic.

35 mile ride – 9 a.m. start time: Pottstown to Reading and back along the Schuylkill River Trail with a short on-road section to and from the brewery.

16-mile ride – 9:30 a.m. start time: Pottstown to Union Township Recreation Area and back along the Schuylkill River Trail with a short on-road section to and from the brewery.

Ride for the River & Support the Trail 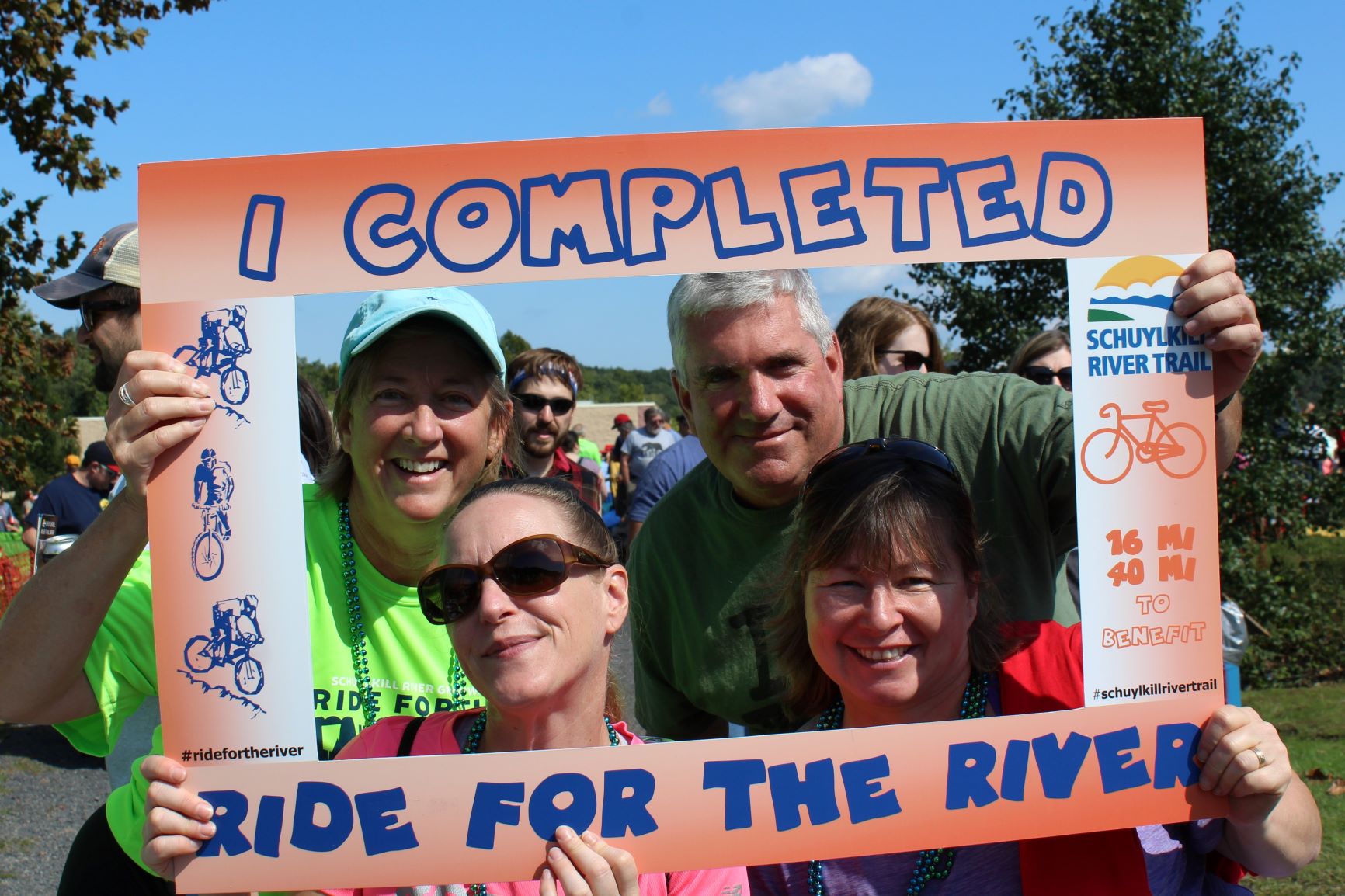 Learn More about the SRT Learn About Current Trail Projects

SRT Ale, the Ale for the Trail 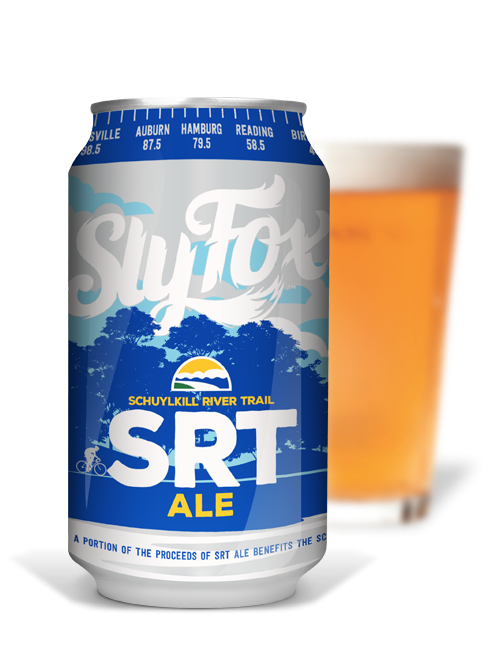 Ride for the River Volunteers 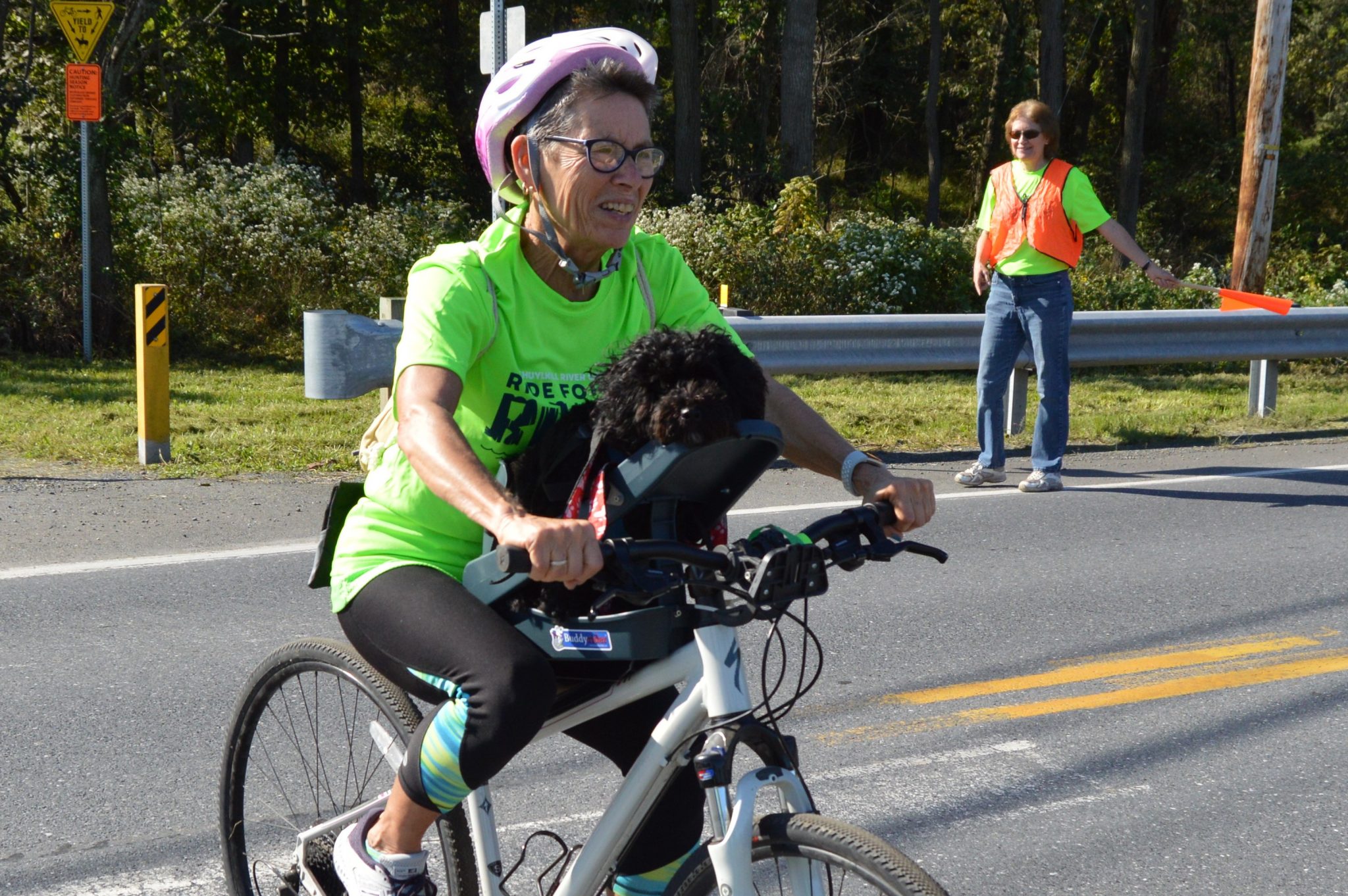 We wouldn’t be able to put on this ride every year without the many volunteers who help with planning, trail improvements, route markings, and other general activities the day of the event.

Volunteers receive free T-shirt as well as a food and beer/beverage ticket to use at the Can Jam Music Festival the day of the event. Check back in 2019 for more details about becoming a Ride for the River volunteer.

General Event Volunteers: Assist with route markings, road crossings, rest stops, check in, and other tasks during the event. Volunteers receive a free t-shirt, food & beer. Volunteers in this category won’t be able to participate in the ride.

Parking/Registration Volunteers: For volunteers who wish to assist with morning parking or check-in and be able participate in the ride. There is a $40 entry fee; all volunteers receive a free T-shirt. Price increases to $45 on 8/6; $50 on 9/15. (Only 8 spots available).

For more information about becoming a Ride for the River volunteer, email mpatterson@schuylkillriver.org.

About Can Jam Festival 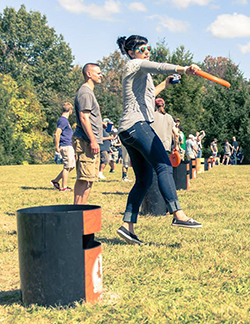 Sly Fox Brewing Company’s CAN JAM Music Festival is curated to feature rising regional independent talent, authentic and original, just like Sly Fox beers! A free day of amazing music in the beautiful pastures adjoining the brewery, accentuated by one of the largest KanJam® tournaments on the planet.

The Can Jam Music Festival celebrates Sly Fox Brewing Company’s role as an early adopter, evangelist and promoter of cans—the hottest packaging trend in the craft brewing industry. Learn more about Can Jam.

Join us in participating in Plastic Free July by j

Plastic pollution is a serious problem in our stat

ONLY 2 DAYS LEFT TO REGISTER FOR OUR NEXT PEDAL &

Join us for plastic free July and ditch single-use

🚮 Join a Community Cleanup Day in Reading with

If you happened to be at the Pottstown GoFourth Fe

We're so happy Pottsgrove Recreation was able to s

Come join us for an outdoor movie night on August

Check out our new page on our website about the ha