Home / About SRG / Our Team 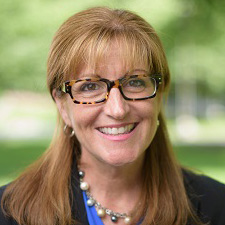 Elaine joined the Schuylkill River Greenways team in 2017 as the Executive Director. In 2019 Elaine was elected to serve as a Council Member for Delaware County. Prior to that she served eight years as a Township Commissioner for Radnor Township, and served as President of the Board for three of those years. Before joining Radnor’s board, Elaine co-founded the Radnor Conservancy, where she served as Executive Director and President and focused on developing a conservation easement program and protecting the last remaining farm in Radnor, Ardrossan. She ran for state representative for the 165th District in 2016. She serves on many local and regional boards. Elaine and her husband John have three adult children and she loves discovering the Schuylkill River Trail and river every day! 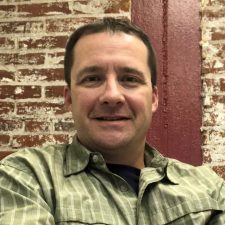 Tim has been with Schuylkill River Greenways since 2006 serving in several roles and functions over the years. He has almost 20 years of experience working in the nonprofit sector and over the last twelve years with SRG has managed multiple grant programs and dozens of projects. His passion is for the Schuylkill River Restoration Fund, a grant program that supports water quality projects throughout the watershed. He is also currently working on a project to develop a series of recreational hubs throughout river town communities along the Schuylkill. Tim lives near Skippack, PA with his wife and three children and when not on the job enjoys fishing, traveling, hanging out by rivers and a good campfire. 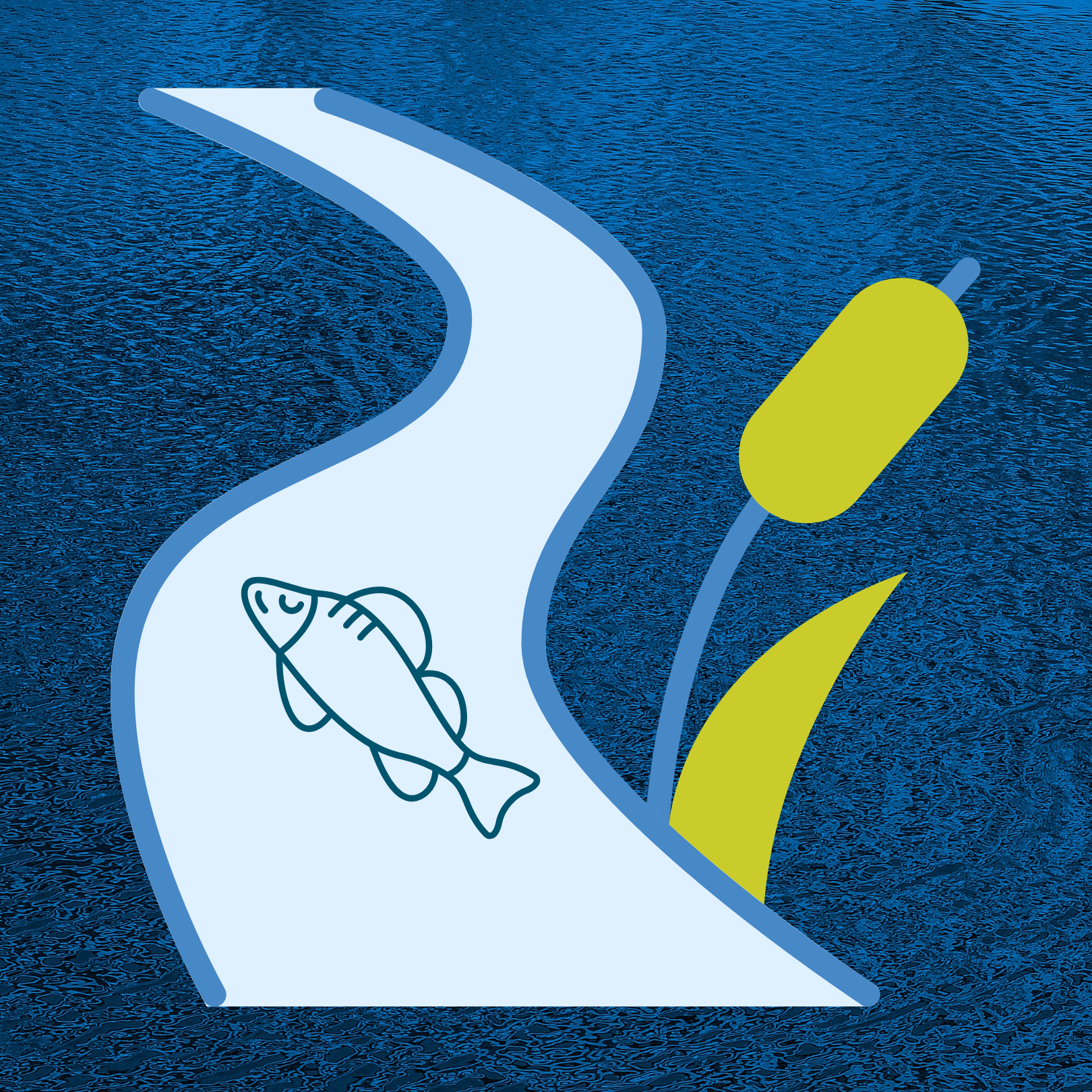 Rosemary joined the Schuylkill River Greenways team in 2022 as the Communications Director. She has a BA in English from The University of Mary Washington in Fredericksburg, VA.  Before joining the team Rosemary had been a freelance writer for over 20 years, and a social media manager specializing in small businesses and non-profits.  She is active in volunteer work and has a special interest in fundraising.  She lives in Pottstown with her husband, and occasionally one of her three college aged and adult children.  She enjoys hiking, gardening, reading, and travelling in her spare time. 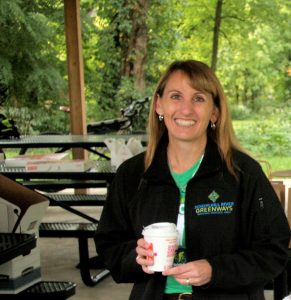 Michelle joined the Schuylkill River Greenways team in 2018 as the Finance Director. Originally from Western Pennsylvania, she earned her Finance degree from Grove City College and then relocated to the Philadelphia area, where she received her MBA from Villanova University.  She has over 20 years experience working in Accounting and Finance management for multiple corporations, with the last 7 years in the nonprofit sector.  She currently serves as Vice President for Pottsgrove’s Recreation Board.  Michelle lives in Upper Pottsgrove Township with her husband and three boys. When not working or attending her children’s activities, she enjoys running on the Schuylkill River Trail. 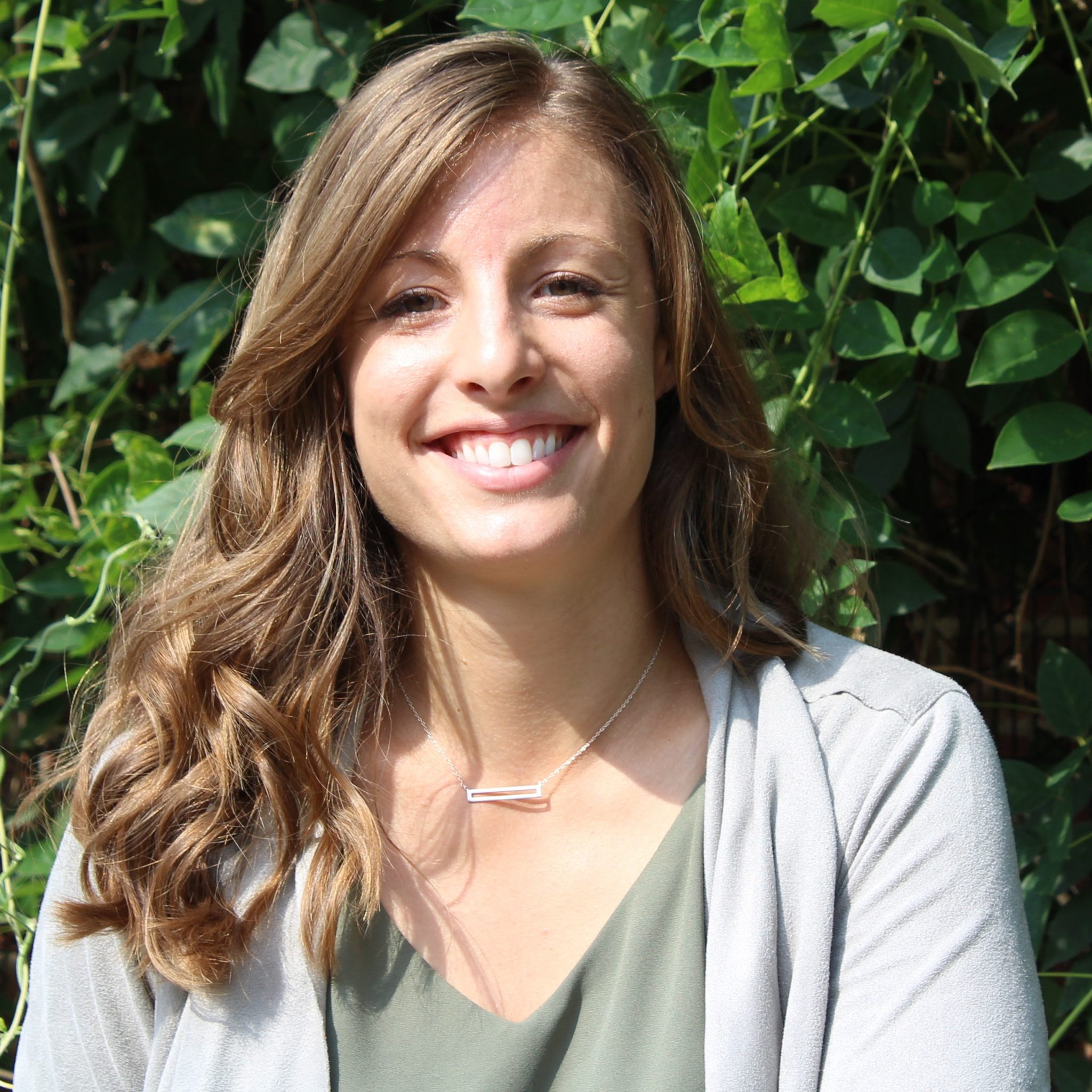 Alex joined the Schuylkill River Greenways team in 2019. She has a B.S. in Sustainable Business and Community Development from Catawba College of North Carolina. Alex manages the SRG Membership Program. Alex’s passion for the Schuylkill River began when she was 13 years old during her first experience on the annual Sojourn. She has attended more than 10 Schuylkill River Sojourns which comes in handy as she is the main coordinator for the annual guided paddle event. In her free time, you can find Alex hiking, kayaking, and traveling near and far for delicious food. 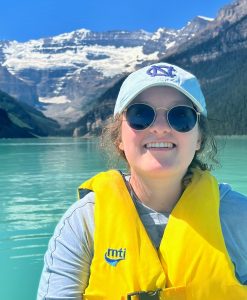 Ayashe joined the Schuylkill River Greenways team in January 2023 as the Education Director. She earned a B.A in Global Studies and Spanish from the University of North Carolina at Chapel Hill and will earn a Master’s in Environmental Studies from the University of Pennsylvania in the spring of 2023. She manages educational events and volunteer programs focused on the environment, history, recreation, and watershed health. Ayashe is new to Pennsylvania and spends her time exploring new places to hike and paddle, reading, and finding the best vegetarian foods that Philadelphia has to offer!

Kim joined the SRG team in May 2022.  She graduated from Lock Haven University with a degree in Community/Commercial Recreation Management. Kim lives in Phoenixville and spends her free time kayaking, hiking, gardening, and crafting. 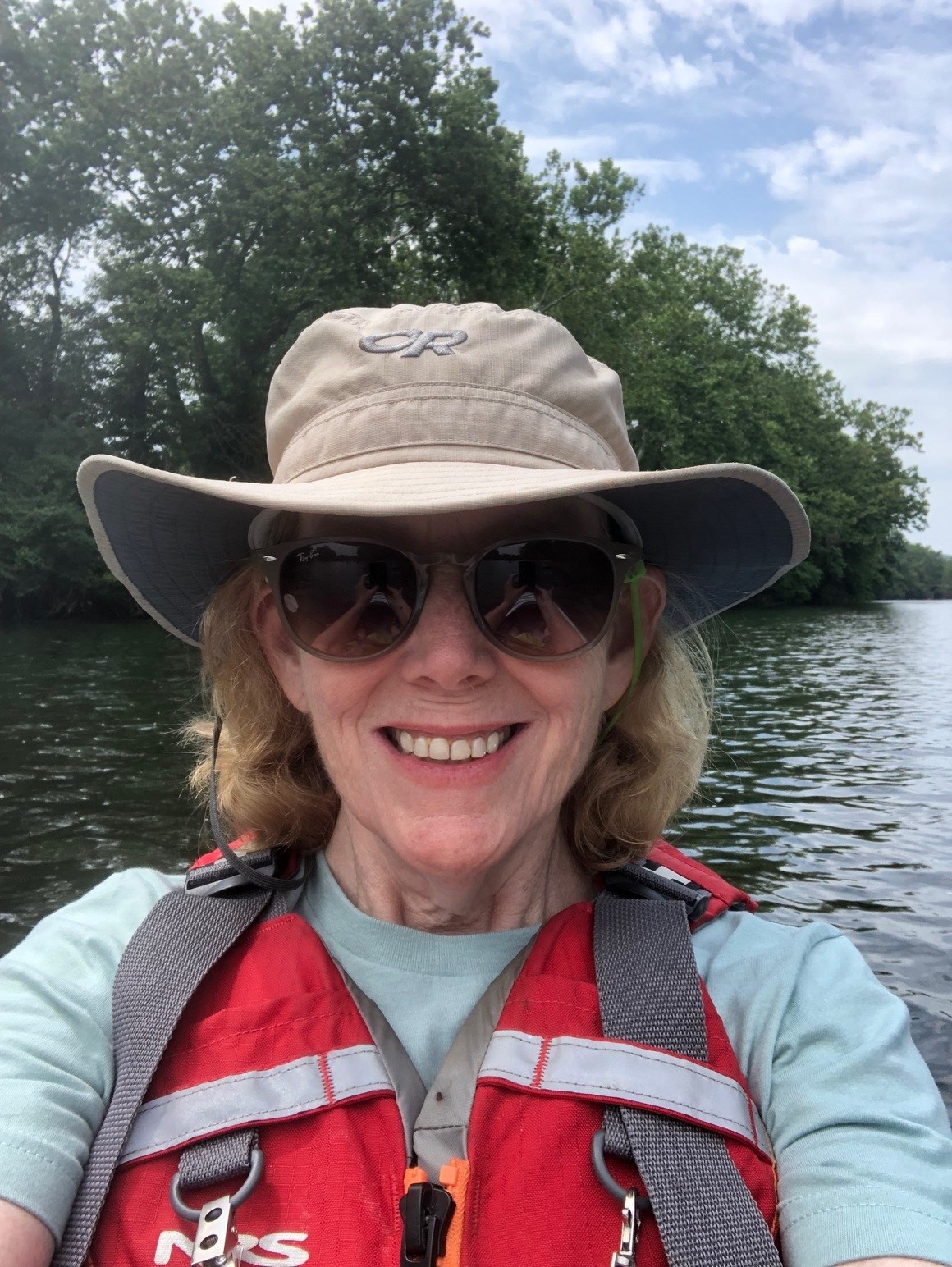 Julia, SRG Trails Director,  is a trail designer and open space planner who hold a Master’s Degree in Landscape Architecture from the University of Pennsylvania.   She is working to expand and improve the Schuylkill River Trail in Berks and Schuylkill counties and create new river landings along the Schuylkill River Water Trail.  She was on the steering committee that established the Schuylkill River Heritage Area in 1995.  Julia and her husband Mark have two adult children and recently moved to Harleysville. 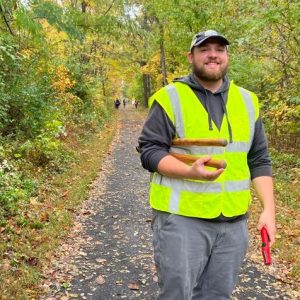 Jacob came on board as an integral part of our trails team in June 2022.  Born and raised in Birdsboro, Jacob graduated from Unity College in Maine. In his spare time, he enjoys fishing, camping, and hiking. He volunteers as a football coach for Twin Valley High School and at local foodbanks. 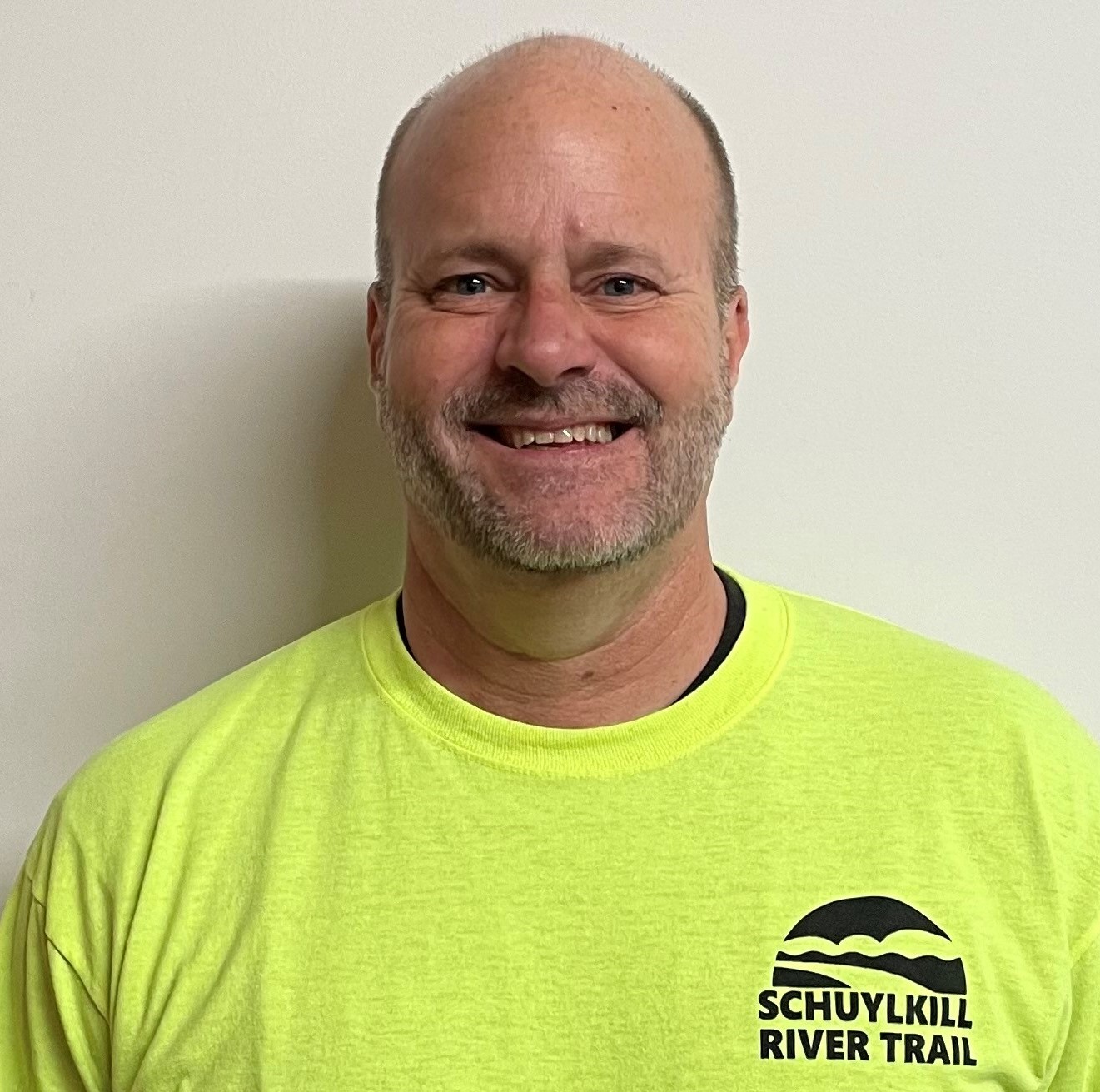 Kevin joined the Schuylkill River Greenways team in 2021 as the Trail Maintenance & Safety Manager. He is retired from the Pottstown Police Department where he was a Corporal in the Detective Unit. Kevin is an Amity Township Supervisor. He also owns Lucky Squirrel Printworks, a local sign and screen printing company. Kevin enjoys several outside activities including hiking and mountain bike riding. One of his favorite activities is spending time outdoors on his boat. He is a local historian and explores old properties and buildings in his spare time. He was the Chairman of Amity Township’s 300th Celebration and wrote a book about Amity Township History. Kevin lives in Amity Township with his wife of 32 years. He has three daughters and five grandchildren.