On Feb. 24, we introduced our Heritage & Hops Brew Tour, a new event that proved to be incredibly popular. With 45 participants, we took a bus to four local breweries from Phoenixville to Reading. At each brewery, we were given two tastings and a presentation about the history of the brewery and/or the importance of clean water for brewing beer. 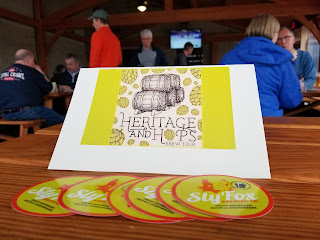 We met up at the Phoenixville Foundry, where we checked in participants and boarded a bus. Each person received a schedule, event bracelet and a silicon pint glass to take home. 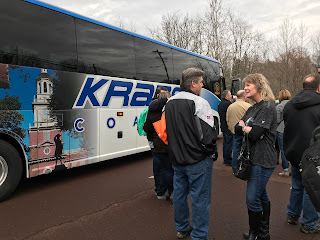 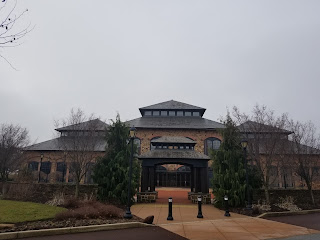 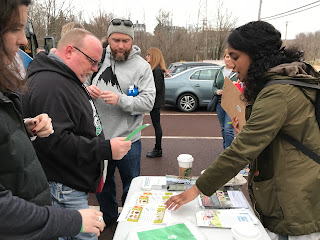 We began our adventure with a 40-minute bus ride from Phoenixville to West Reading, where we disembarked at the charming Oakbrook Brewing Co, a former fire house in the Oakbrook neighborhood of Reading. The owner gave us two tastings and a terrific presentation on the building’s history. He included some interesting Schuylkill River lore as well, providing information about a barge that once offered river excursions in Reading. 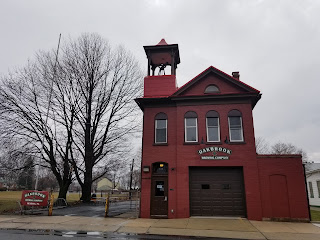 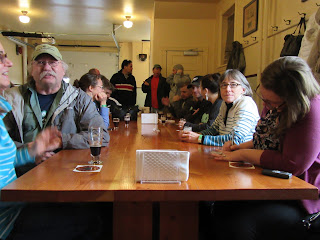 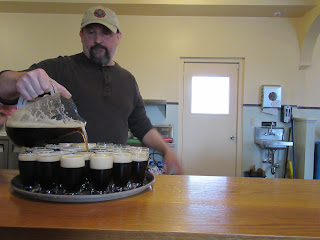 Sly Fox Brewing Co. has been a great partner of ours, brewing for the past four years SRT Ale, a summer ale whose proceeds support the Schuylkill River Trail. So, as we toured the facility, we were especially thrilled to see the cans of SRT Ale among the many beers stacked up along the perimeter of the brewery.
Also thrilling was the delicious lunch provided and, of course, the two tastings of beer. 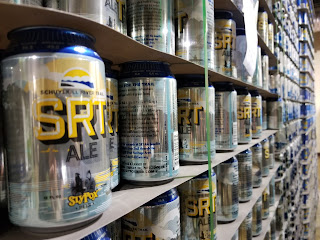 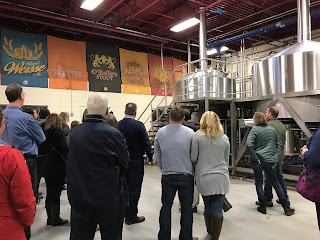 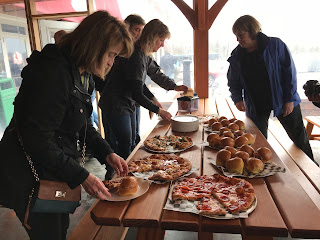 It’s hard to say what was most fun about Hidden River Brewing Co, in Douglassville: the tasty beer, the quirky decor, or the fascinating 300 year-old history of the building which once served as an exclusive gentleman’s club. This was a really fun stop, but it was also the location of the only problem on the tour. That is, the bus drive had trouble getting the bus started. As it turned out, that wasn’t much of a problem. Everyone went back inside for another beer, and the bus started soon after. 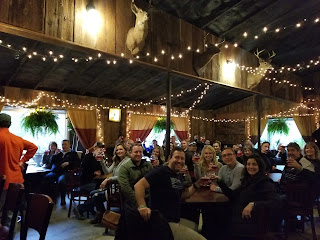 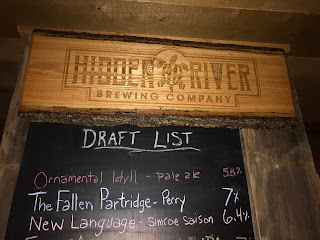 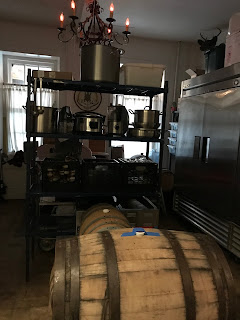 Root Down in Phoenixville

Our final stop was Root Down Brewing Co. in Phoenixville, a brewery that was conveniently located directly across from the Phoenixville Foundry, where we’d all parked our cars.  This was such an intriguing spot to end our tour. A former root beer factory, the building retains its industrial, warehouse feel with wide open spaces that allow for games, a movie, graffiti art, and ample seating for the crowds who were enjoying the food and beer before our tour arrived. In addition to the beer tastings, we were treated to a presentation on Phoenixville’s history by local historian Ryan Conroy.
Overall, this was a terrific event that got rave reviews from attendees. We hope to host another Heritage & Hops tour in the future. 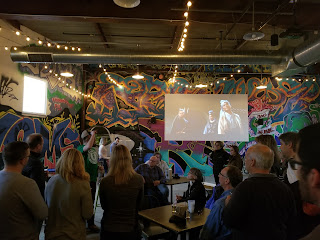 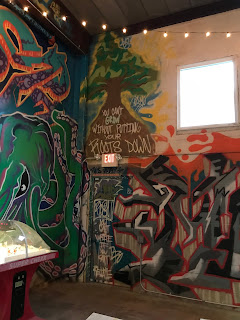 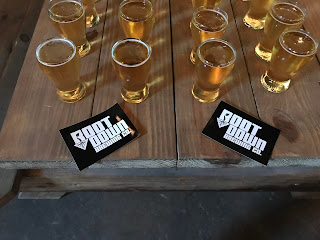