The project will eliminate the borough's last trail gap

AUBURN – The Schuylkill River Greenways National Heritage Area had a celebratory kickoff on Dec. 5, 2018 for the official announcement of the Auburn Bridge Project which will rehabilitate a former Pennsylvania Railroad bridge as part of the extension of the Schuylkill River Trail.

The public was invited to the announcement to hear about the details of the $2 million project which will close the last remaining gap in Auburn. About 35 people attended the kickoff including several local and state officials. Schuylkill River Greenways Executive Director Elaine Paul Schaefer started the event by explaining the mission of the nonprofit organization. 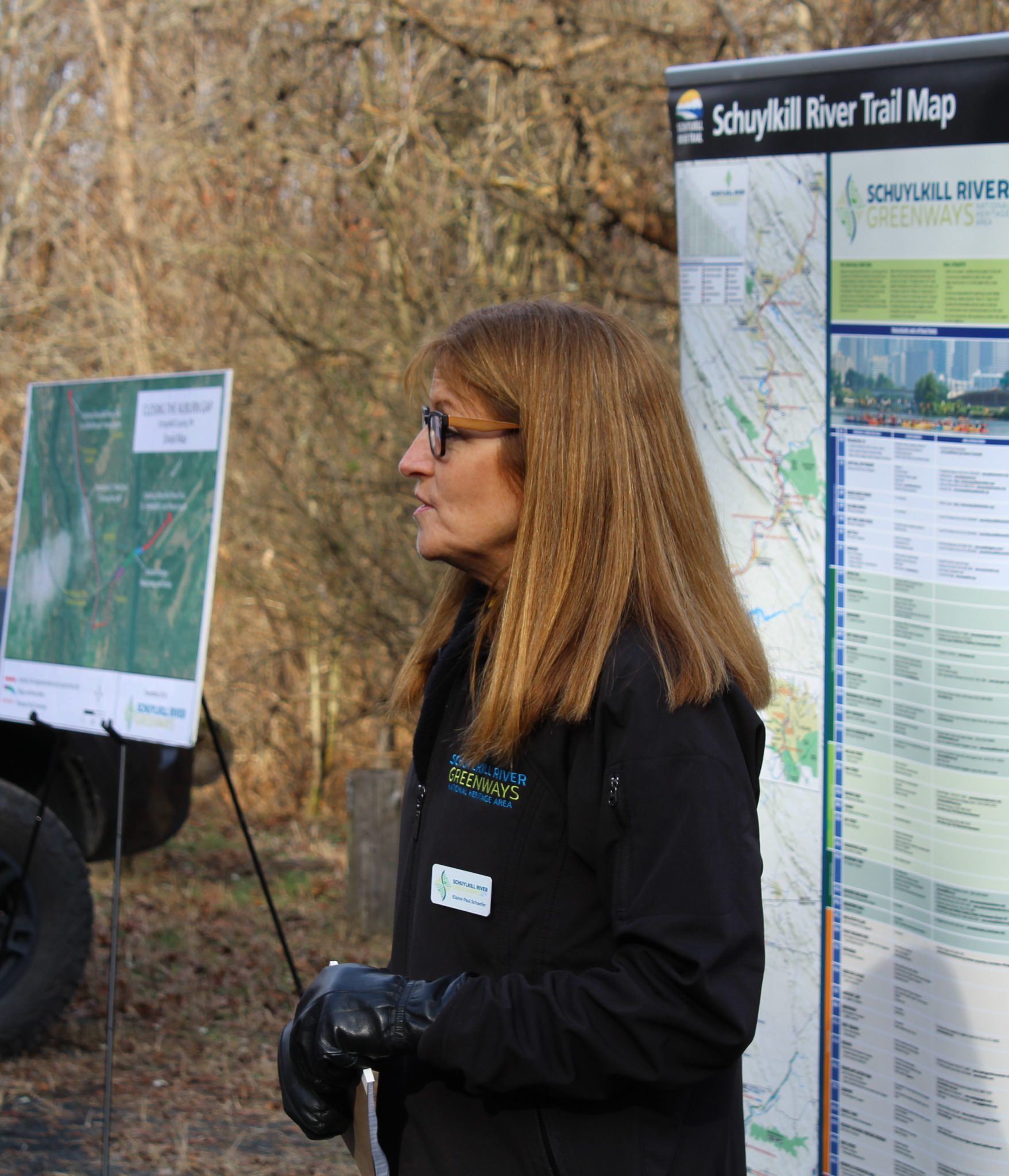 “Our job is to champion the Schuylkill River and the communities around it,” Schaefer said.

She added that when people become engaged with the river then a bond is created which motivates them to want to embrace the natural resource and protect it. Schaefer said the Schuylkill River Trail is one of the primary tools used to help people connect with the river. There are several ongoing trail projects currently happening in Schuylkill County.

“We have had incredible support from our leaders here in Schuylkill County and from the community,” Schaefer said.

The Auburn Bridge Project final design drawings are expected to be completed by fall 2019 with bids being accepted in spring 2020. The target date for the project completion is winter 2020. 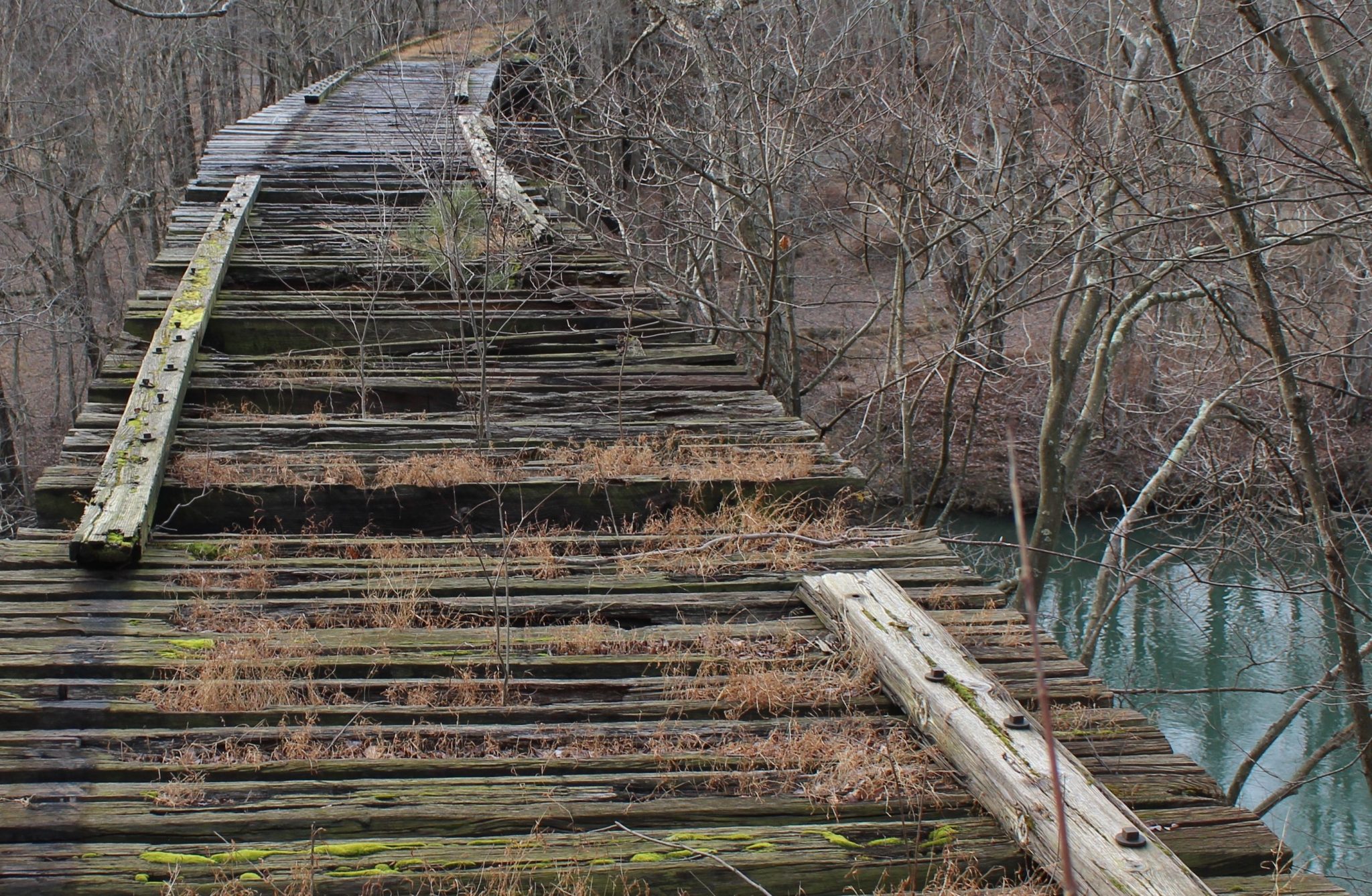 Schuylkill River Greenways Trail Program Coordinator Julia Hurle explained how both structures would be transformed to extend the trail. The trail will cross the existing girder plate bridge which will have railings added to it and new platforms fitted. The trail will continue partway through the second structure, the truss bridge, before coming down on a ramp to get back down to grade level. Once on the ground, the trail will be on private property until it becomes River Road, a low traffic area. After a short period on River Road, the trail will continue off-road until it meets the existing Schuylkill River Trail which goes to the Auburn Trailhead.

The completed section will be a ¾-mile multi-modal trail wide enough for both cyclists and walkers to use together. The trail, as an alternative form of transportation, will promote recreation, health, tourism and more in the region.

The trail will eliminate the last remaining gap in the borough as well as create a 9.5-mile segment of the trail that will not only connect Berks and Schuylkill Counties but also the towns of Auburn, Hamburg and Port Clinton.

“It’s through some of the most beautiful sections of our trail,” Hurle said in reference to the Schuylkill River Trail from Hamburg to Auburn.

The Schuylkill River Greenways NHA builds and manages the trail in Berks and Schuylkill Counties with the help of several partners. The Auburn Gap Project is made possible through federal funding from the Office of Surface Mining Reclamation and Enforcement, the William Penn Foundation and a partnership with Schuylkill County.

There are about 75 miles of the Schuylkill River Trail completed and when finished it will run 120 miles from Frackville to Philadelphia. To view the current developed sections of the trail and the proposed sections for future building, CLICK HERE to visit the interactive map. 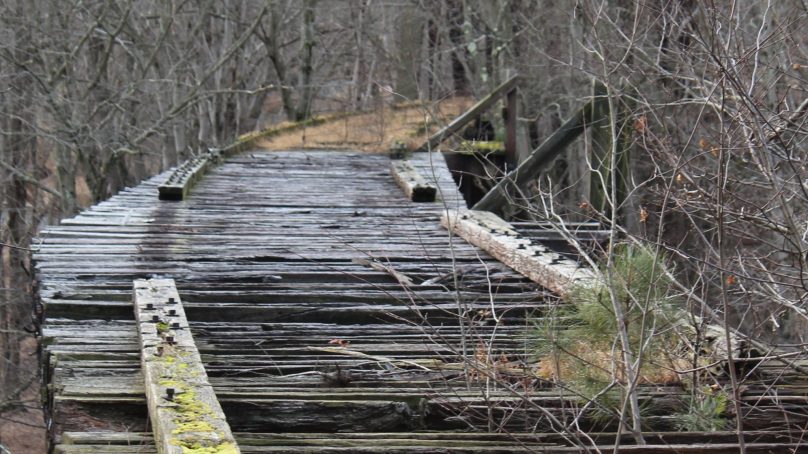 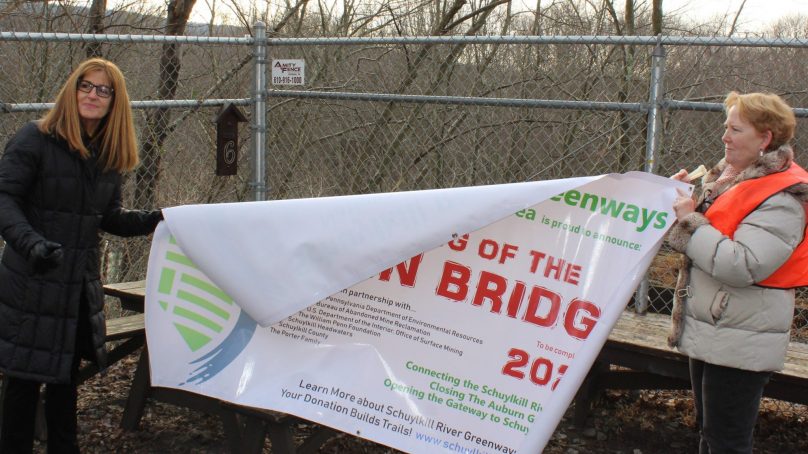 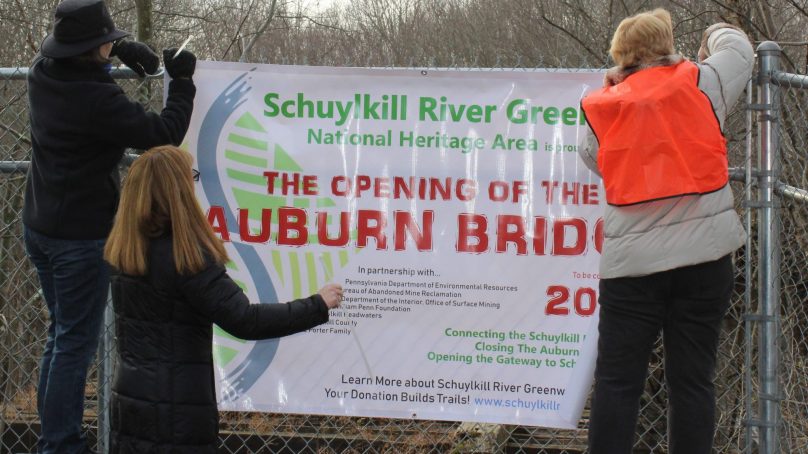 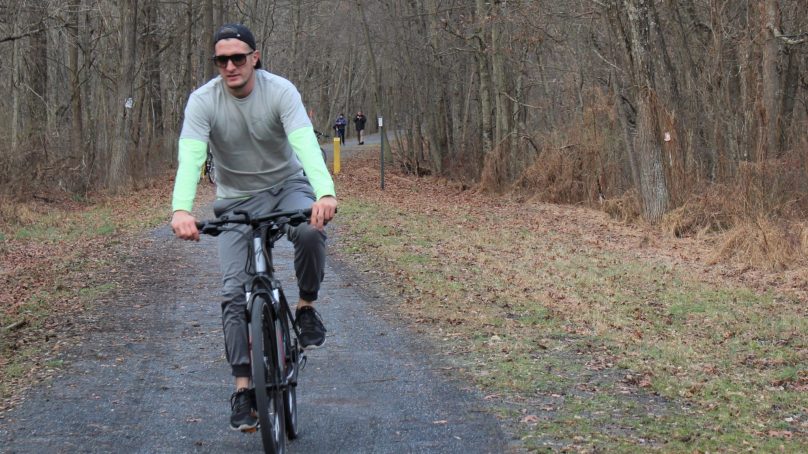 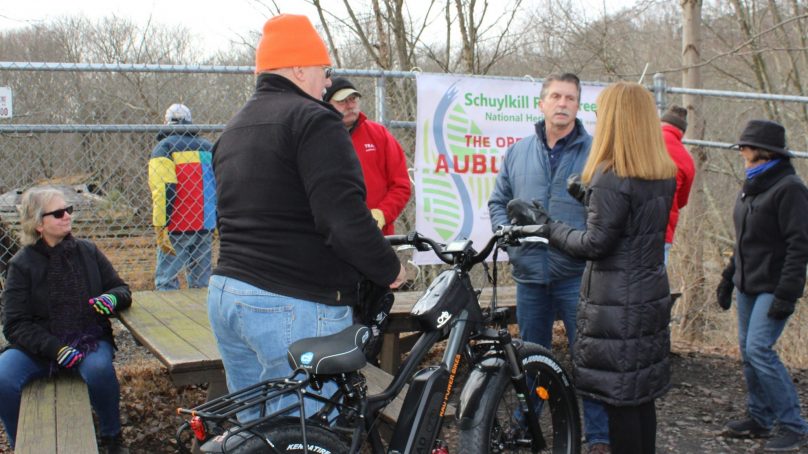 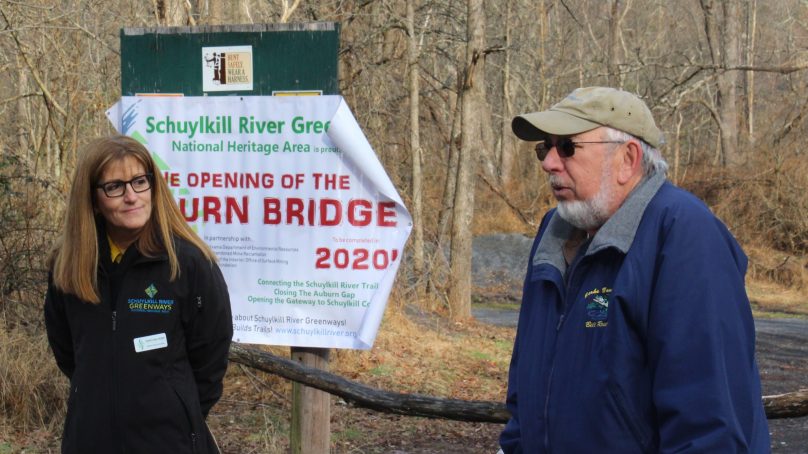 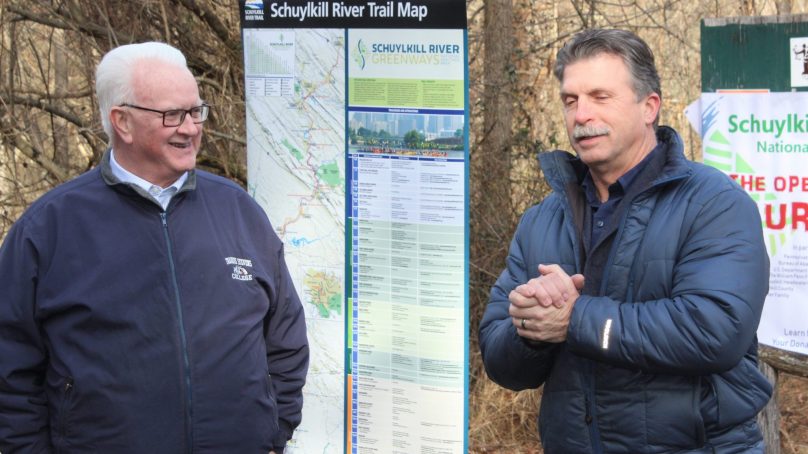 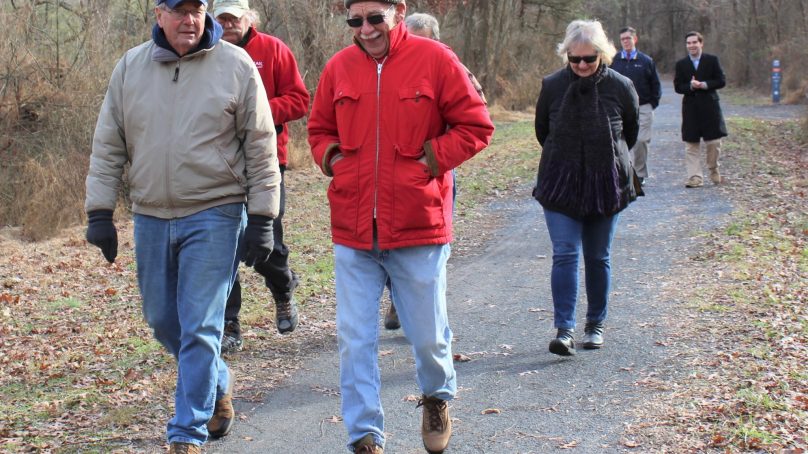 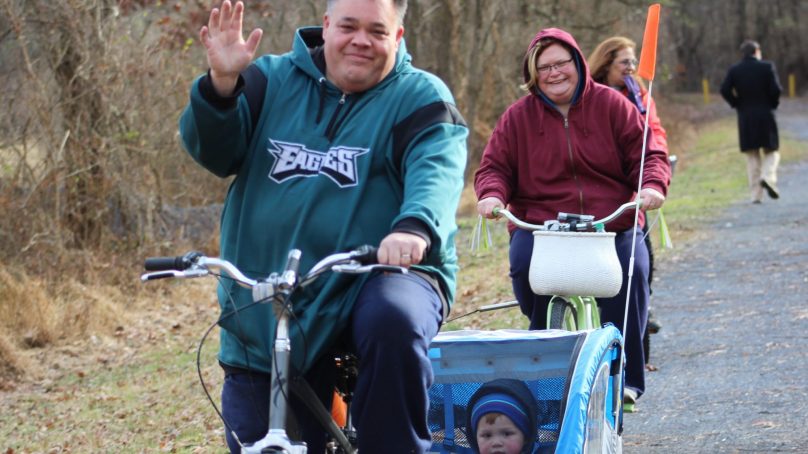 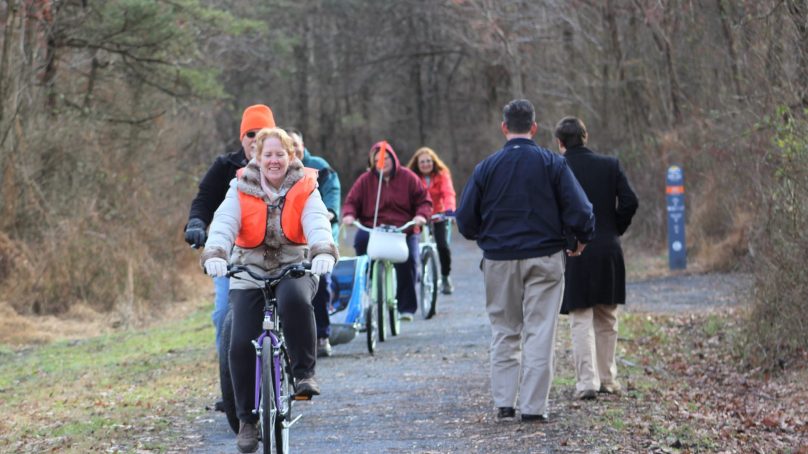 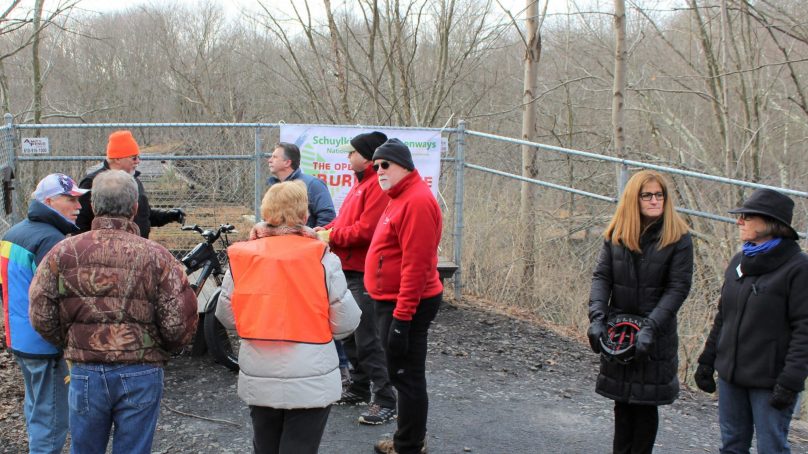 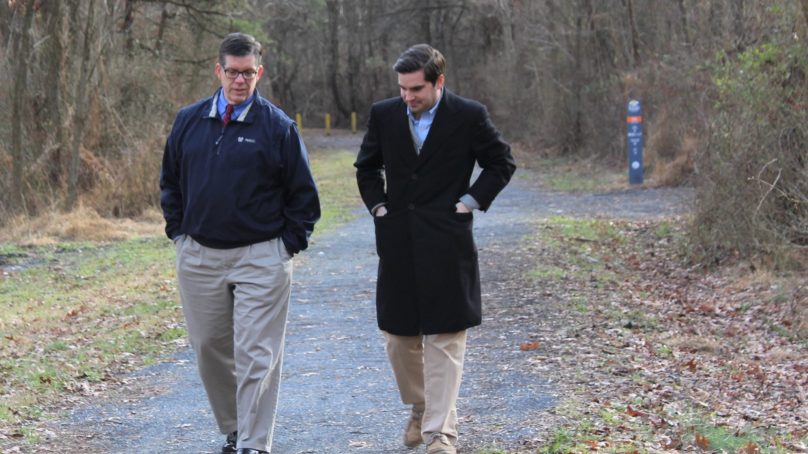 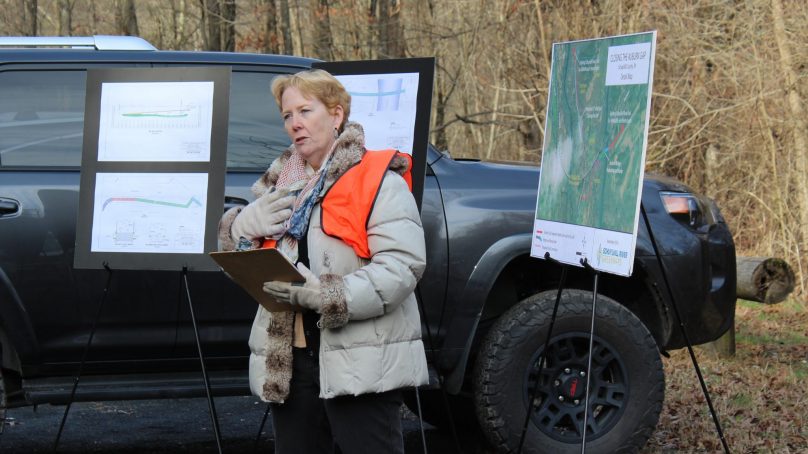 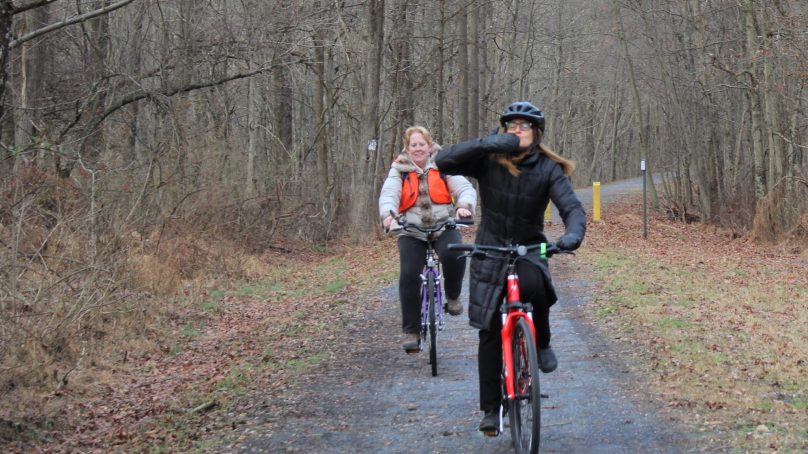 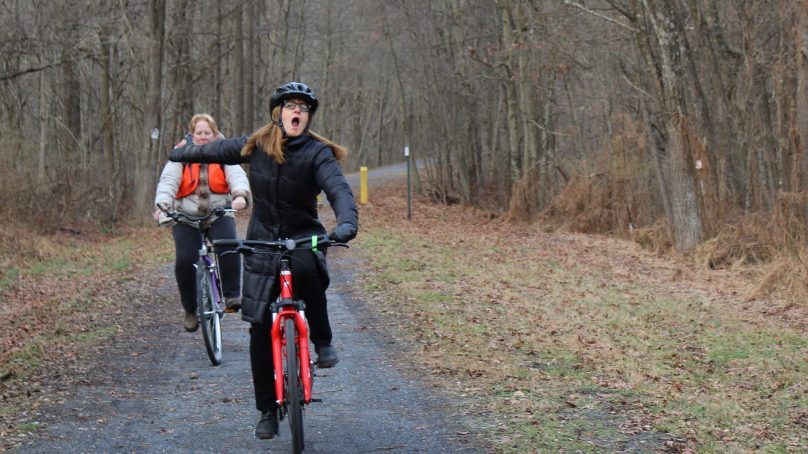