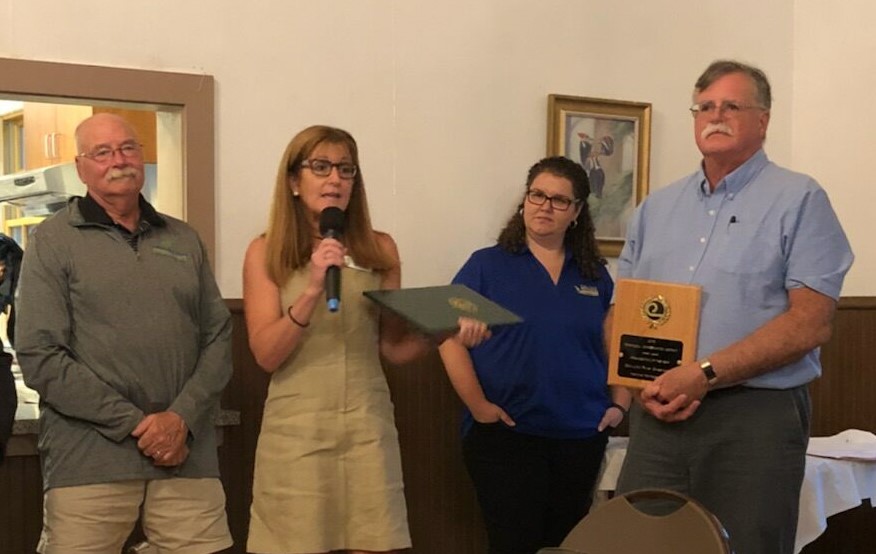 The nonprofit organization was recognized during an annual awards ceremony on Tuesday, Aug. 21, 2018 at Sweet Arrow Lake County Park in Pine Grove. Schuylkill River Greenways was named as the “2018 Conservation Organization of the Year” for trail connections made in Schuylkill County.

She added, “We are pleased the Schuylkill Conservation District agrees that the progress we’ve made with trail connections in the area has promoted recreational use of the trail therefore adding value to the appreciation of Schuylkill County as a whole.”

A principal section of the trail that runs through Schuylkill and Berks Counties is called the John Bartram Trail. It’s built on a former railroad right of way. The mostly flat trail is wide enough for both walkers and cyclists to use comfortably.

“The John Bartram Trail and Schuylkill River Trail are assets to our county by providing local recreational opportunities that lead to improved health and wellness for our residents,” stated the Schuylkill Conservation District in the award letter.

Currently about 10 miles of the Bartram Trail exists in four disconnected pieces. In 2017, a new 1.4-mile segment of the Bartram Trail was completed linking Pottsville to Schuylkill Haven. This constructed segment is especially important because the PA Dept. of Conversation and Natural Resources identified it as the number one priority trail gap.

Schuylkill River Greenways currently has several ongoing projects that will continue the extension of the Bartram Trail including the reopening of the Auburn Bridge and a ¾-mile section of the trail to be completed in 2019. There are currently 75 miles of the Schuylkill River Trail completed and when finished it will run 120 miles from Frackville to Philadelphia.