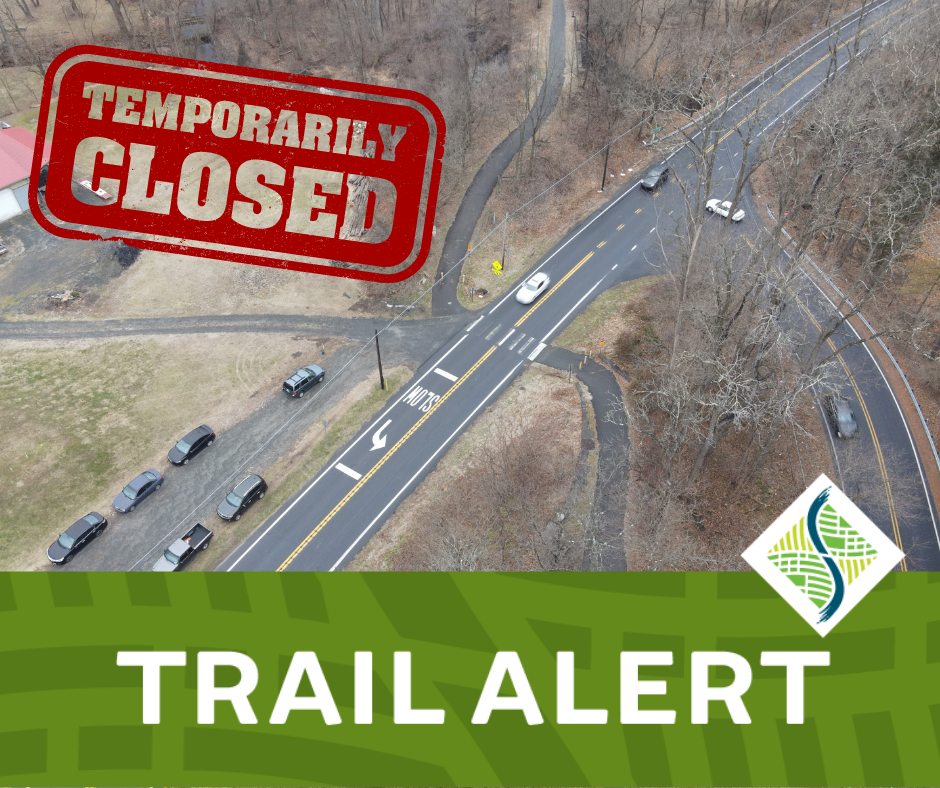 UNION TWP – The Schuylkill River Trail near Monocacy Station in Berks County is CLOSED for the construction of the Richard P. Whittaker, M.D. Memorial Bridge. The trail is closed a few 100 feet west of Route 724 (E. Main Street) where a small bridge goes over Six Penny Creek, and is also closed approximately 600 feet east of Route 724. SRG prohibits users from crossing the construction site during this closure period. Users are also reminded NOT to use private property to access the trail during this time. CLICK HERE TO LEARN MORE

FOR A MAP OF THE CLOSURE AREA, CLICK HERE 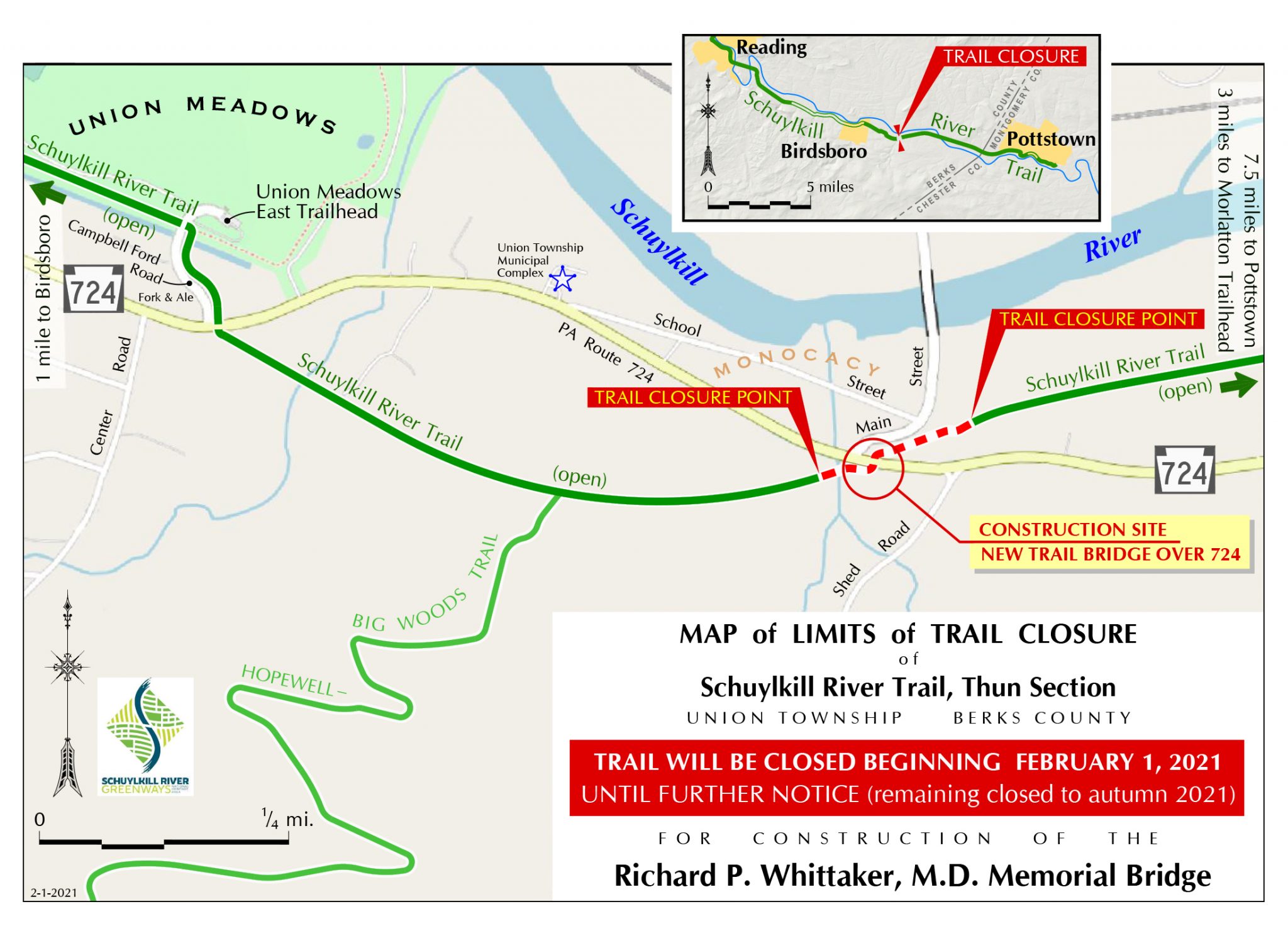 for the pedestrian bridge is Susquehanna Supply Co. Construction is expected to last until August. This section will be closed throughout the project to allow construction vehicles to transport materials. The traffic of such vehicles will disrupt the trail surface, making it unsafe for users during this time. The contractor will resurface the trail after the project is complete.

There is no detour during this construction project. Trail users are encouraged to visit the interactive map at schuylkillriver.org/map to plan their trip on the trail and explore other trail sections. The Schuylkill River Greenways National Heritage Area will update the public if the trail closure area changes at any time. 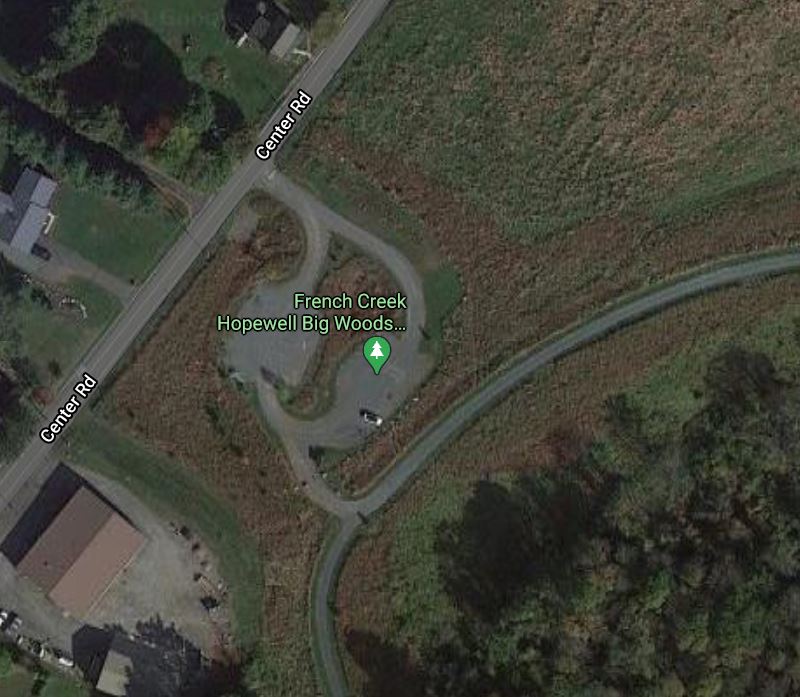 MORE DETAILS ABOUT THE WHITTAKER BRIDGE

The construction project is totaled to be about $1.15 million. Peggy Whittaker donated a generous amount to help fund the project in honor of her late husband, Dr. Richard P. Whittaker, for whom the bridge will be named. Funding will provide for ADA access, landscaping, project sign and other related site improvements. 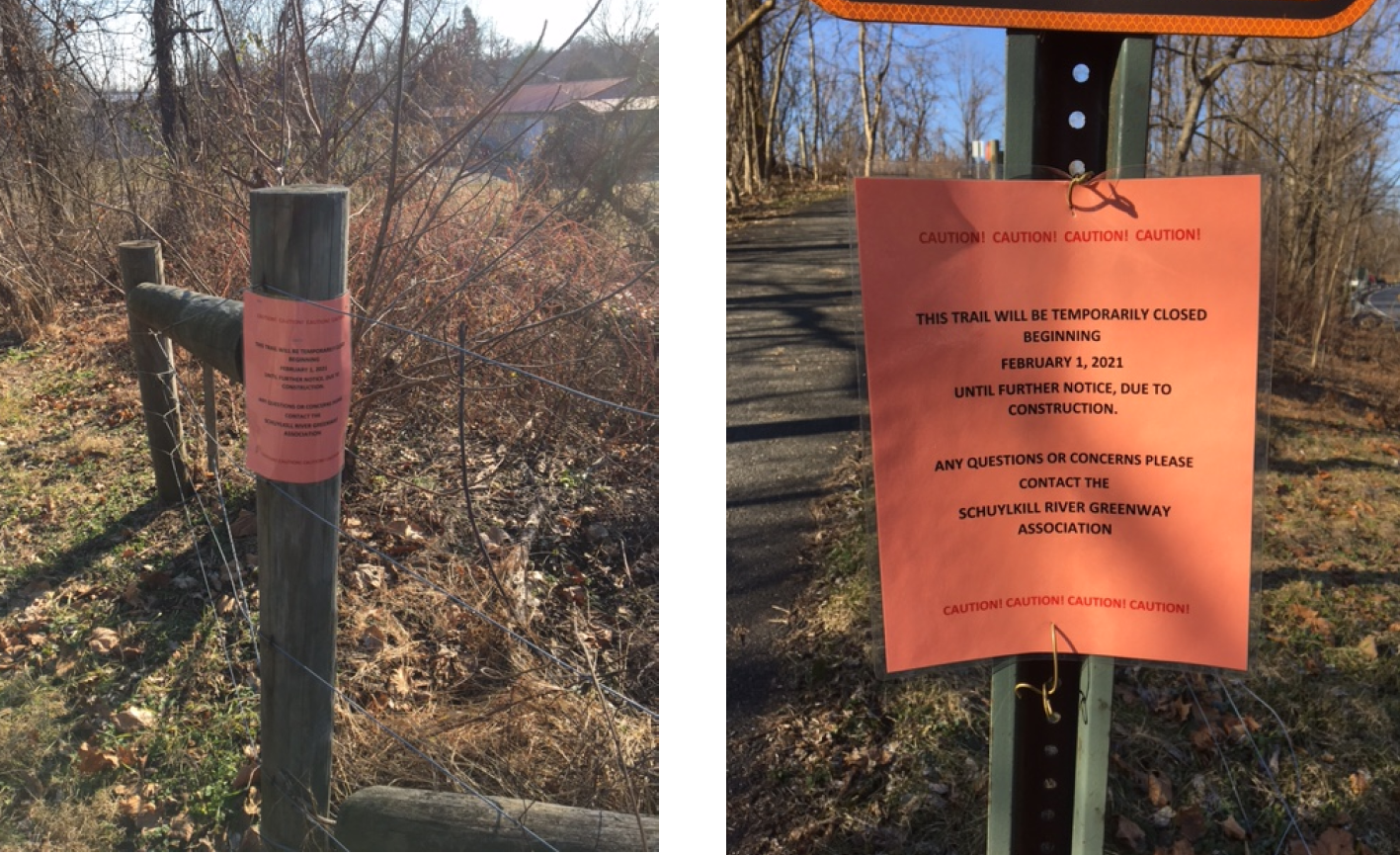 The bridge location, often referred to as the Monocacy Crossing, is along the Thun Section of the Schuylkill River Trail. It’s a high-traffic area along Route 724. Cars travel at a high rate of speed in this area with poor sight distances. Currently, trail users must descend a steep slope to cross Route 724 and ascend another slope on the opposite road bank. Schuylkill River Greenways installed visible warning signs at the intersection in 2016. Those signs were paid for through the Safe Crossings Program which the Sly Fox Brewery donates funds toward from the proceeds of SRT Ale.