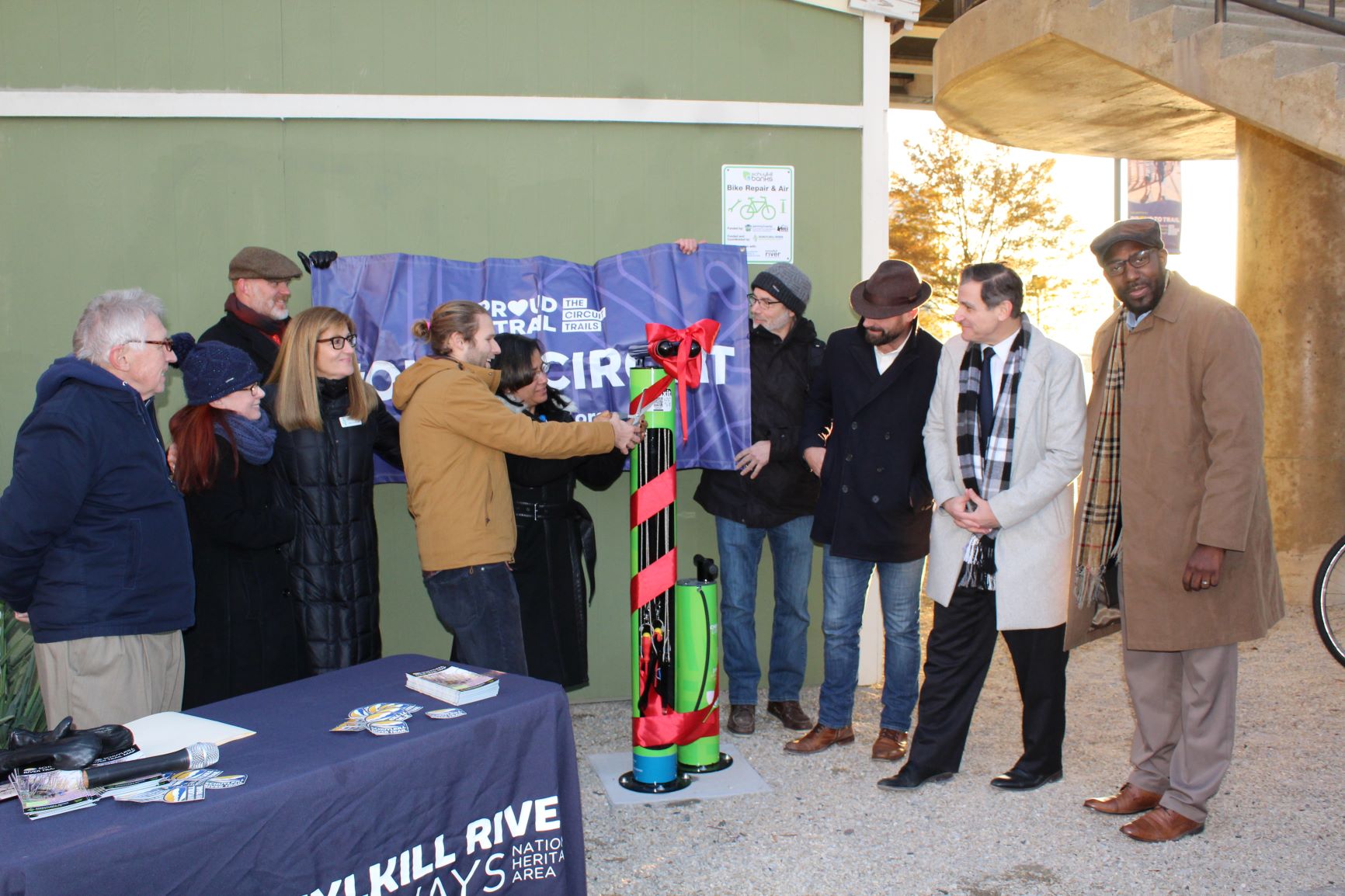 PHILADELPHIA – A crowd of 30 people celebrated the first install of what will total seven bike repair stations along the Schuylkill River Trail. 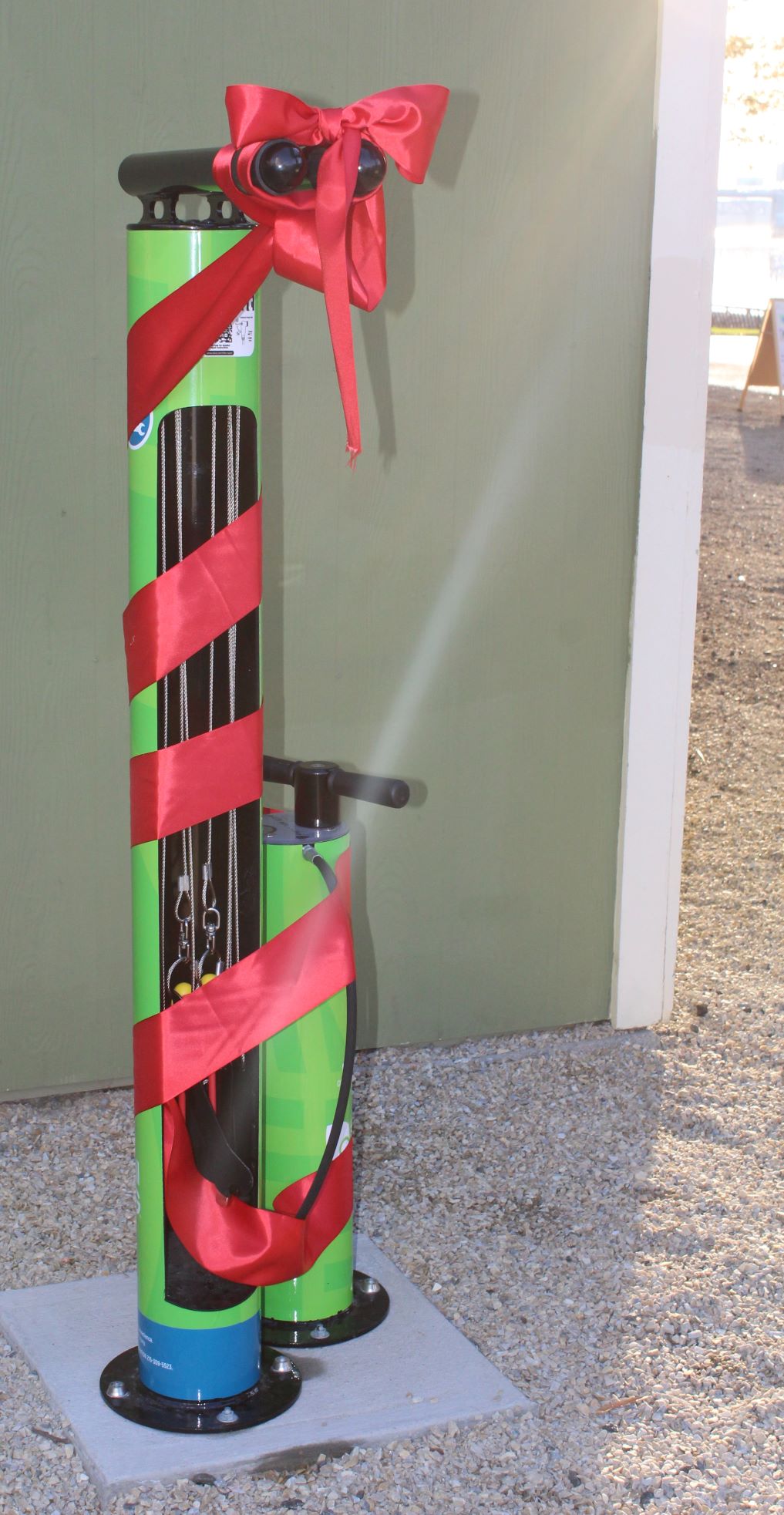 Schuylkill River Greenways Executive Director Elaine Paul Schafer began the event by saying the stations were made possible through the collaboration of several partners to enhance the trail experience. The Philadelphia fix-it station was installed by the Schuylkill River Development Corporation, also known as Schuylkill Banks. All seven bike repair stations were funded by Schuylkill River Greenways, the Pennsylvania Department of Conservation and Natural Resources (DCNR), and the REI Co-op. Virtual Farm Creative produced the graphic design for each station.

“This is a really exciting day for the trail,” Schaefer said. “Cyclists will now have the opportunity to fix minor bike repairs right alongside the Schuylkill River Trail.”

Schaefer said the seven fix-it stations will be spread out along the trail between Philadelphia and Berks Counties. Each station features a bike rack, an air pump for tires in need of a boost and a full set of tools for minor bike repair. The second fix-it station was installed last week in Phoenixville at the Mowere Road Trailhead located at 198 Mowere Road.

Fix-it stations will also be installed along the Schuylkill River Trail at the East Falls Trailhead, the Gay Street Trailhead in Spring City, the Riverfront Park Trailhead in Pottstown, the Union Meadows West Trailhead in Union Township and the Birdsboro Trailhead. Exact trailhead locations can be found using the interactive trail map at schuylkillriver.org/map.

“This is a really cool idea,” he said. “Philadelphia is a city where people get around by other means than cars. We walk around and we have our bikes. This is another great way to express that.”

“I have run hundreds of miles on this trail, I have kayaked here … I have certainly biked here. I haven’t had a flat yet but now I know where to come when I do,” he said.

State Representative Donna Bullock said the repair stations along the trail will help connect communities and help connect the river to neighborhoods.

“My son is nine … and bikes to school every day. It’s really exciting to see opportunities like this for him to be able to use as he grows into a young man in the city of Philadelphia,” she said. 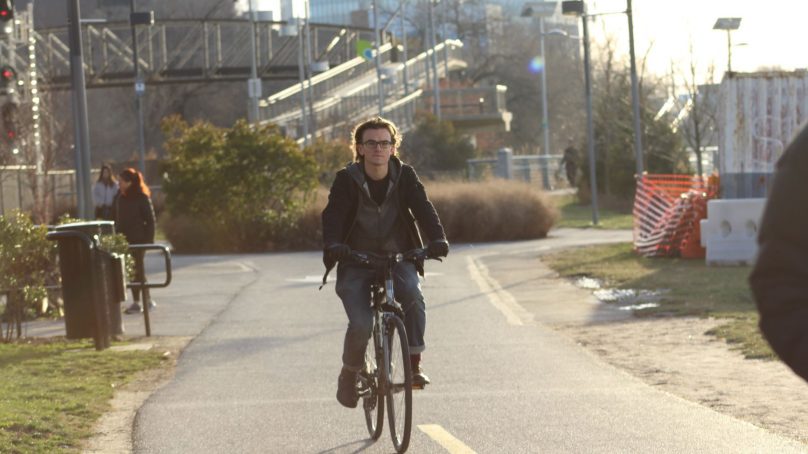 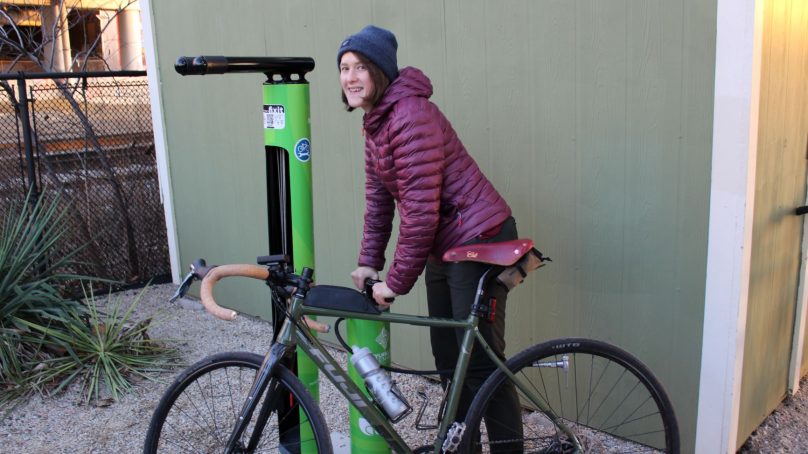 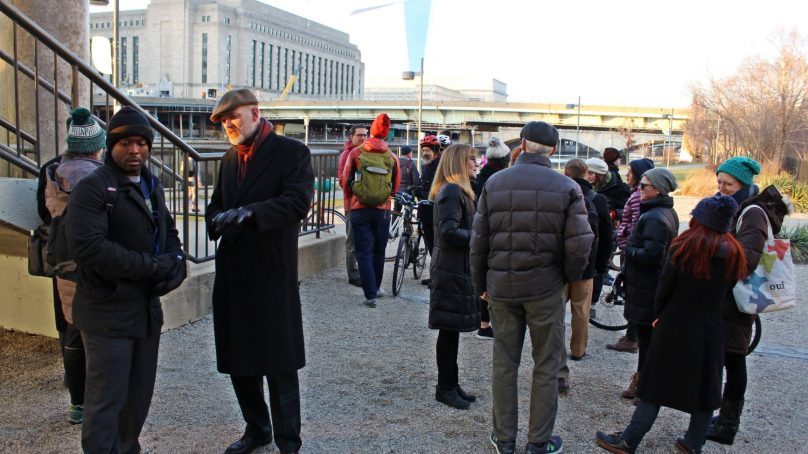 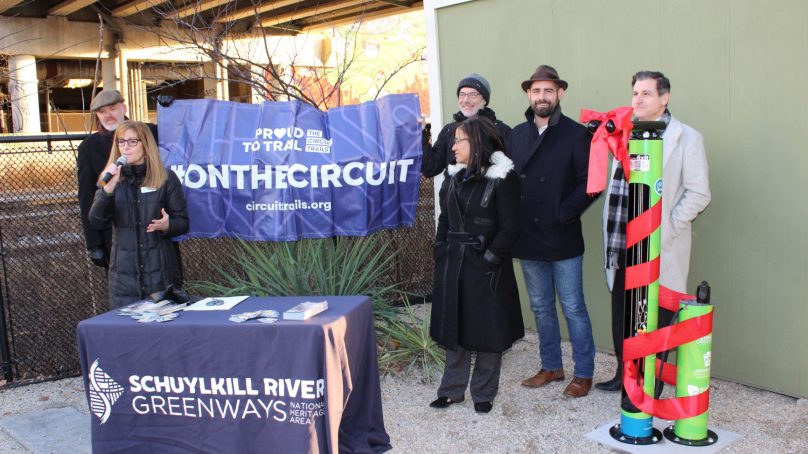 The Schuylkill River Trail is a major spine trail in the Circuit Trails network, a developing regional network of trails in Southeastern Pennsylvania and Southern New Jersey. Currently more than 320 miles of Circuit Trails are complete; when finished, the network will include more than 800 miles of interconnected trails that connect to key destinations across the region. Learn more at www.circuittrails.org and connect with the Circuit Trails on Facebook, Twitter and Instagram to find out what is happening #onthecircuit.