Always use caution and scout ahead when approaching problem areas.

The Pinning Rock  is so named because this conical rock formation (actually the first in a series of rocks, see map below) has caught more than a few unsuspecting river travelers. At low water, the Pinning Rock is visible and easily avoided. At high levels, it is just a big wave. At medium levels, however, it becomes a pour-over rock that is difficult to read from up-river and hard to avoid if you are on the wrong track through the rapid. The best route through Reilly’s Rapid, to avoid this hazard, is to approach from RL and stay in the far RL chute. 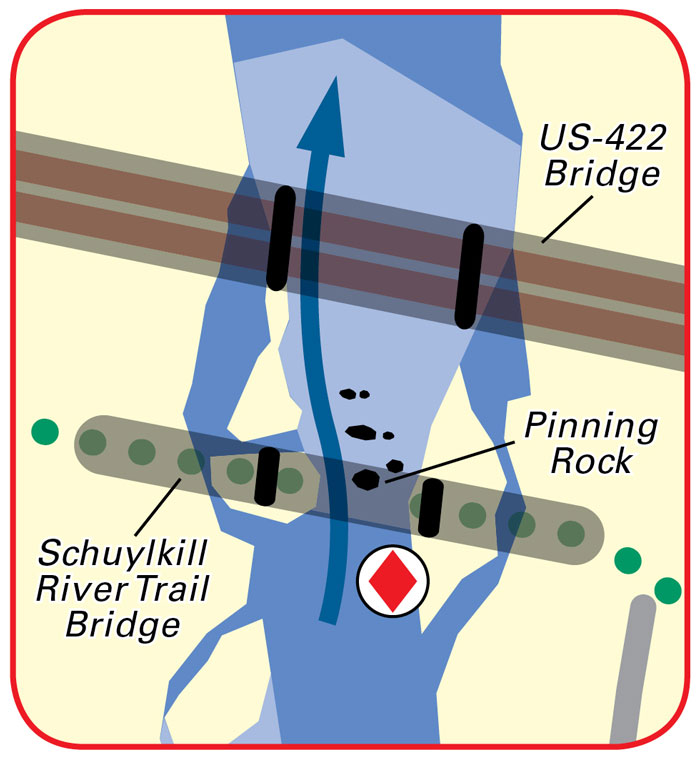