WARNING! A tree has fallen into the upper third of the Class II+ rapid on RR, causing a hazardous strainer in the swift current. Until this fallen tree has been removed, please do not attempt to run this rapid.

Always use caution and scout ahead when approaching problem areas.

Class II+ rapid on RR includes a surf wave and a strong eddy.

To run the rapid:
The following is the guidance we offered prior to the appearance of the new strainer hazard in this rapid. Please avoid this rapid until that hazard is removed:

Enter in the center of the river to avoid the typically-shallow water on RR, then head for the right channel (upriver of the rootball lodged at the RL entrance to the rapids). Hit center or left center of this RR channel. 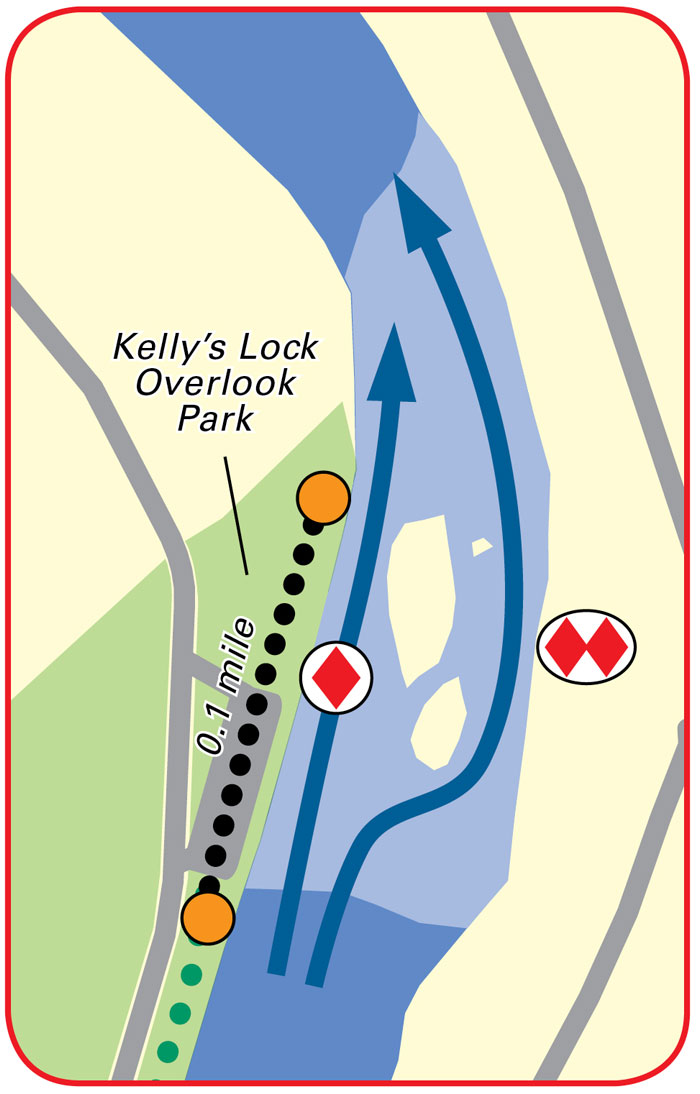