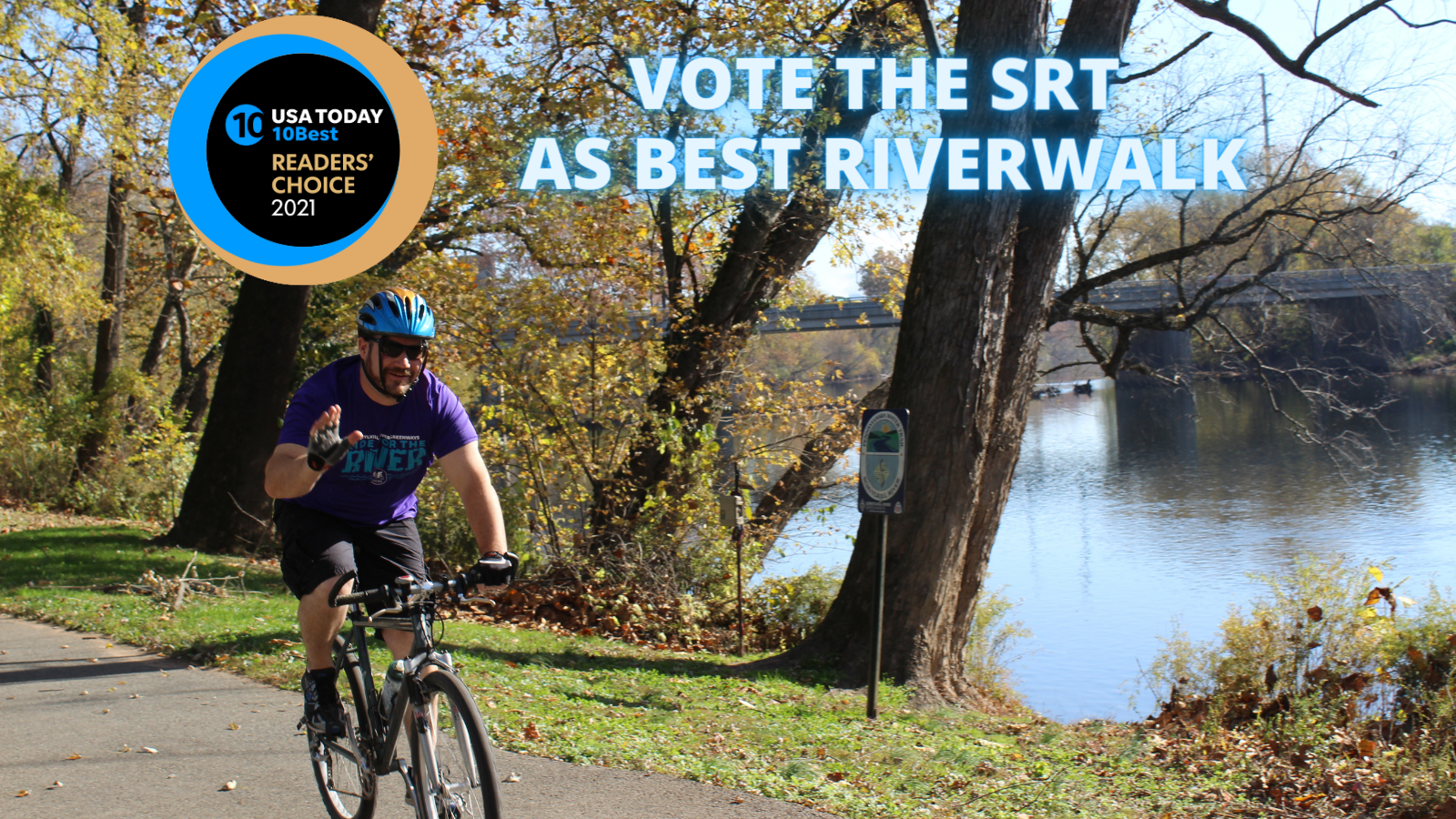 A panel of experts and USA TODAY 10Best editors selected the Schuylkill River Trail as a nominee for the 2021 Readers’ Choice Award for Best Riverwalk.

“The Schuylkill River Trail is truly a regional and national treasure. The trail highlights the historic Schuylkill River, the spine of the National Heritage Area. This region is the birthplace of movements that shaped the nation including the American, Industrial and Environmental Revolutions,” said Schuylkill River Greenways NHA Executive Director Elaine Paul Schaefer.

More than 75 miles of the Schuylkill River Trail exist across five counties of historically rich Southeastern Pennsylvania. Trail users can enjoy both the trail and views of the river at several areas along the pathway, which will extend 120 miles when completed.

“People have been spending more time on the Schuylkill River Trail since the COVID-19 pandemic. The free community resource serves as a connector to the rural, urban and industrial landscapes of the area,” Schaefer said.

In 2015, the Schuylkill River Trail took first place as the Best Urban Trail in USA TODAY’S 10 Best Readers’ Choice Contest. The trail was recently selected as a top trail to visit in Pennsylvania on the Rails-to-Trails Conservancy blog. The trail is also a major spine trail in the Circuit Trails network, a developing regional network of trails in Southeastern Pennsylvania and Southern New Jersey. To learn more about the Schuylkill River Trail, visit schuylkillrivertrail.com.

Did you know that pollinators are responsible for

Have you seen the SRG pollinator garden in Riverfr

We want to thank the Boy Scout group who came out

🕵🏽🌊 Have you heard about our WATERSHED DI

A huge thank you to Keystone Water Rescue for clea

🚨STOP! Did you you know there are scholarships

😁🥳 We're so EXCITED to have Doug Chapman joi