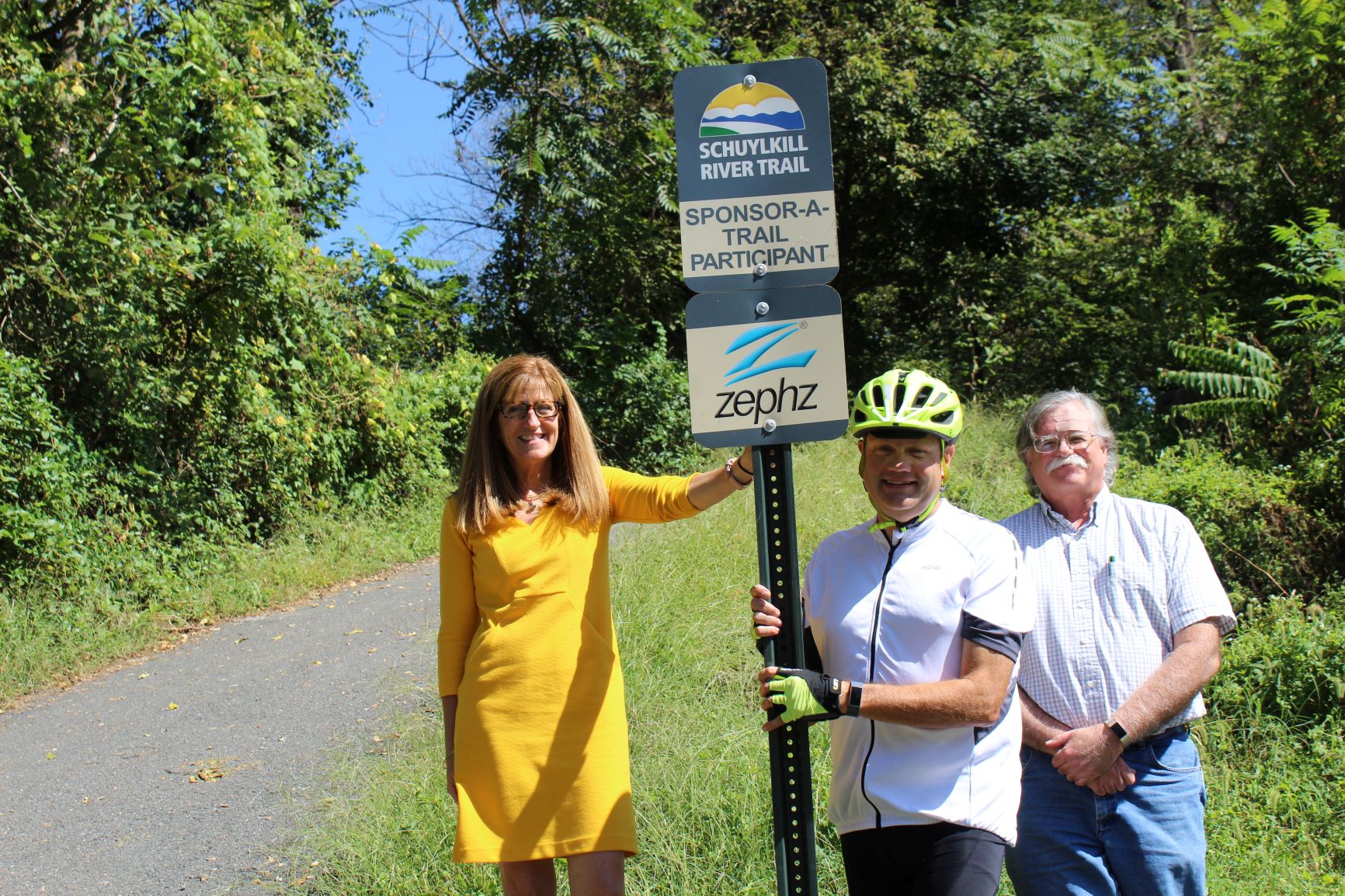 Zephz Athletic Footwear, a worldwide brand based in the U.S., provided a $1,000 donation to the Schuylkill River Greenways National Heritage Area’s Sponsor-a-Trail program.

Last year, Zephz donated $500 for the upkeep of a 1-mile stretch of the Schuylkill River Trail Thun Section. Recently, the company doubled their sponsorship to support even more miles of the trail. The section of the trail included in the new sponsorship begins at the west end of the Douglassville Bridge and stretches for two miles to where the Schuylkill River Trail crosses Route 724 near the Monocracy Station in Union Township.

Signs recognizing Zephz as a Sponsor-a-Trail participant have been installed at the start and end of the sponsored trail segment. The company produces athletic footwear for cheerleading, field hockey and several other sports. For more about Zephz, visit the website at www.zephz.com.

The Sponsor-a-Trail Program is targeted to businesses and organizations who wish to make a two- to three-year financial commitment to support costs associated with trail management and maintenance for a specified segment of the trail. Signs acknowledging participants are posted along the sponsored segment.

The Sponsor-a-Trail program provides opportunities for organizations and businesses to care for the trail.

“We at Schuylkill River Greenways are very appreciative to have Zephz as a Sponsor-a-Trail participant. The company has doubled their sponsorship from last year, allowing for twice as much trail to be maintained so people can continue to utilize the recreational resource,” said Schuylkill River Greenways NHA Executive Director Elaine Paul Schaefer.