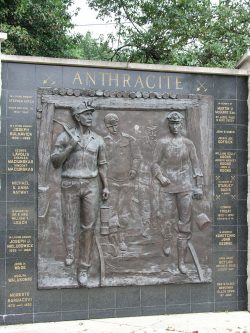 Sites on the Trail in Schuylkill County

Port Clinton is a small town with a big story. The town of 300 sits in the gap where the Schuylkill River cuts through the in the Appalachian Mountains,...

A museum with an authentic atmosphere displaying fine motor vehicles from yesteryear. Over 20,000 collectible items of interest will stir fond memories. Established in 1966. Sponsor of the Annual...

The Walk In Art Center is a non-profit organization founded in the belief that art and culture can positively affect the lives of all. Located in rural Schuylkill Haven,...

Come tour the site of America’s Oldest Brewery. Discover the hand-dug fermentation caves that were used for storage before refrigeration. Wander through time and enjoy a taste of living...