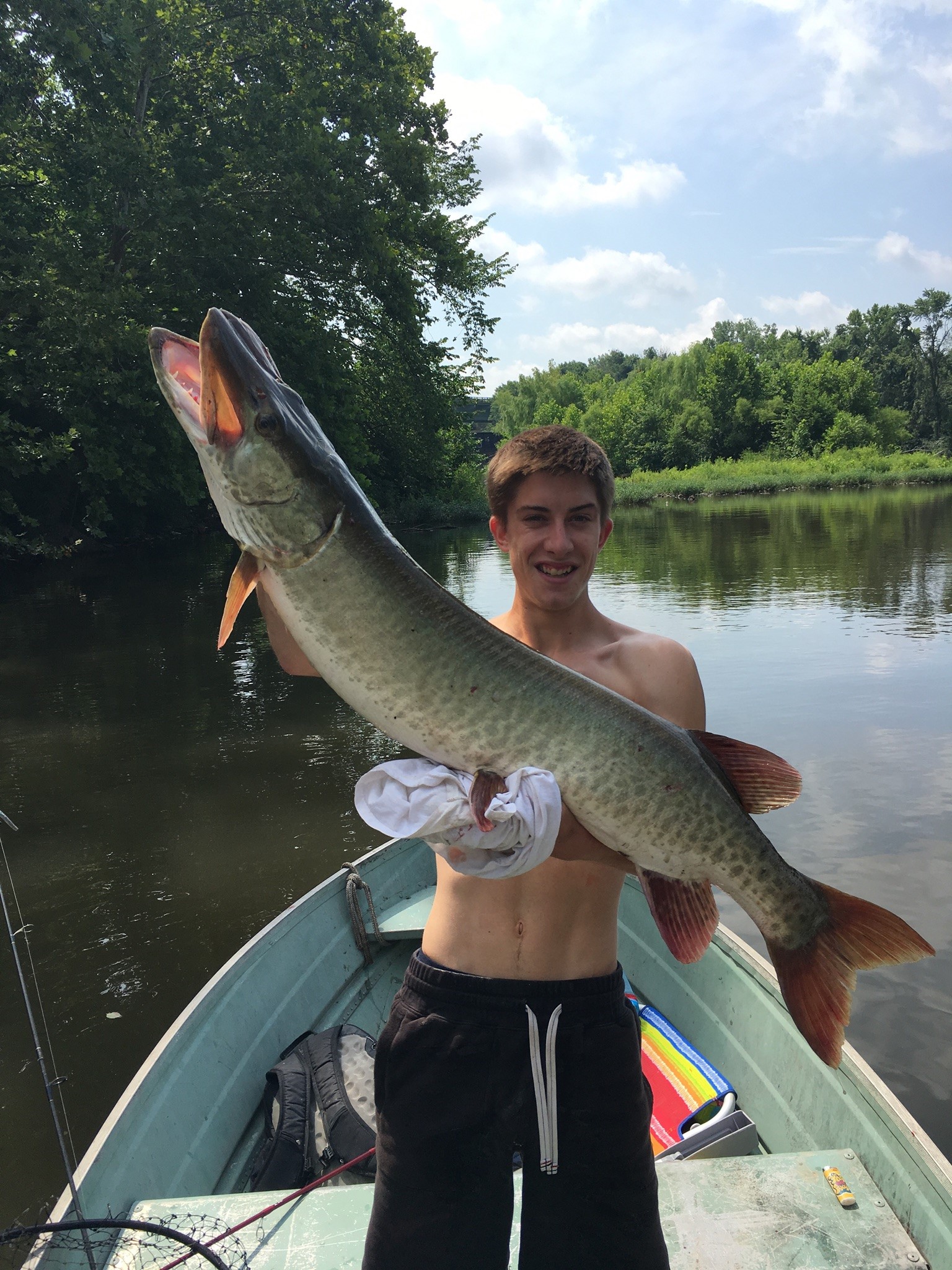 Kevin Rodenbaugh, 20, of King of Prussia, had what many are calling an impressive catch last month.

Rodenbaugh with the help of a fishing buddy reeled in a large Muskie, estimated to be about 45 inches long and 30 to 40 pounds in weight, on July 17. Rodenbaugh sent the photo to Schuylkill River Greenways NHA which was then shared on their Facebook page this past Friday. The photo went viral and currently has a reach of about 197,000 people.

Rodenbaugh said he was shocked with how popular the photo is and how many times it was getting shared.

“That’s actually the first Muskie I’ve ever caught,” he said.

The Muskellunge, also known as a Muskie or Musky, is one of the largest and fastest-growing fish in the state according to the Pennsylvania Fish & Boat Commission. The state record stands at 54 pounds.

Rodenbaugh would like to keep the exact fishing location to himself but did reveal he was on the Schuylkill River in Norristown. While fishing, he and his friend saw a Muskie in the water that looked to be about 25 inches long. They were using light poles at the time and weren’t prepared to catch something large-scale. Rodenbaugh ended up throwing a big spinner bait in the water which the Muskie took. He didn’t have a leader on the line and was afraid the large catch would snap it.

Rodenbaugh said he and his friend were lucky. After some time and effort, they were able to bring in the fish with a net even though it was only big enough to hold the head of the Muskie.

“He was jumping out of the water like a tar pit. It took like 15 minutes to get him in,” Rodenbaugh said and added that is wasn’t without a few battle wounds.

When he picked up the Muskie by reaching his hand under the gill, his finger was sliced open by the gill plate. This is why Rodenbaugh is seen without a life vest in the photo because he took it off so that he could use his shirt as a bandage.

The photo of the catch was extremely popular on social media with many people tagging friends and family so they could see the evidence themselves. Even with a photograph, there were several commenters that doubted the authenticity and claimed the picture was photo shopped. Rodenbaugh said he wasn’t surprised by this reaction.

“As soon as I showed it to my mom, my mom asked me that exact same question,” he said.

To prove the naysayers wrong, he posted a video of the catch to his personal Facebook page which is now available on the Schuylkill River Greenway’s Facebook page.

Rodenbaugh has been fishing in that area of the Schuylkill River for about three or four years. He said he usually gets good catches there including a catfish he weighed that turned out to be 58 pounds.

The Schuylkill River watershed encompasses almost 2,000 square miles and provides drinking water to almost 2 million people. The river was once used to transport coal and manufactured goods which impacted its health but it’s making an extraordinary comeback.

“Working together, these organizations have funded millions of dollars toward projects and programs that directly and positively impact water quality, and these investments have paid off. The Schuylkill River is now healthy enough to support a robust recreational industry, including kayaking, boating and fishing,” she said.