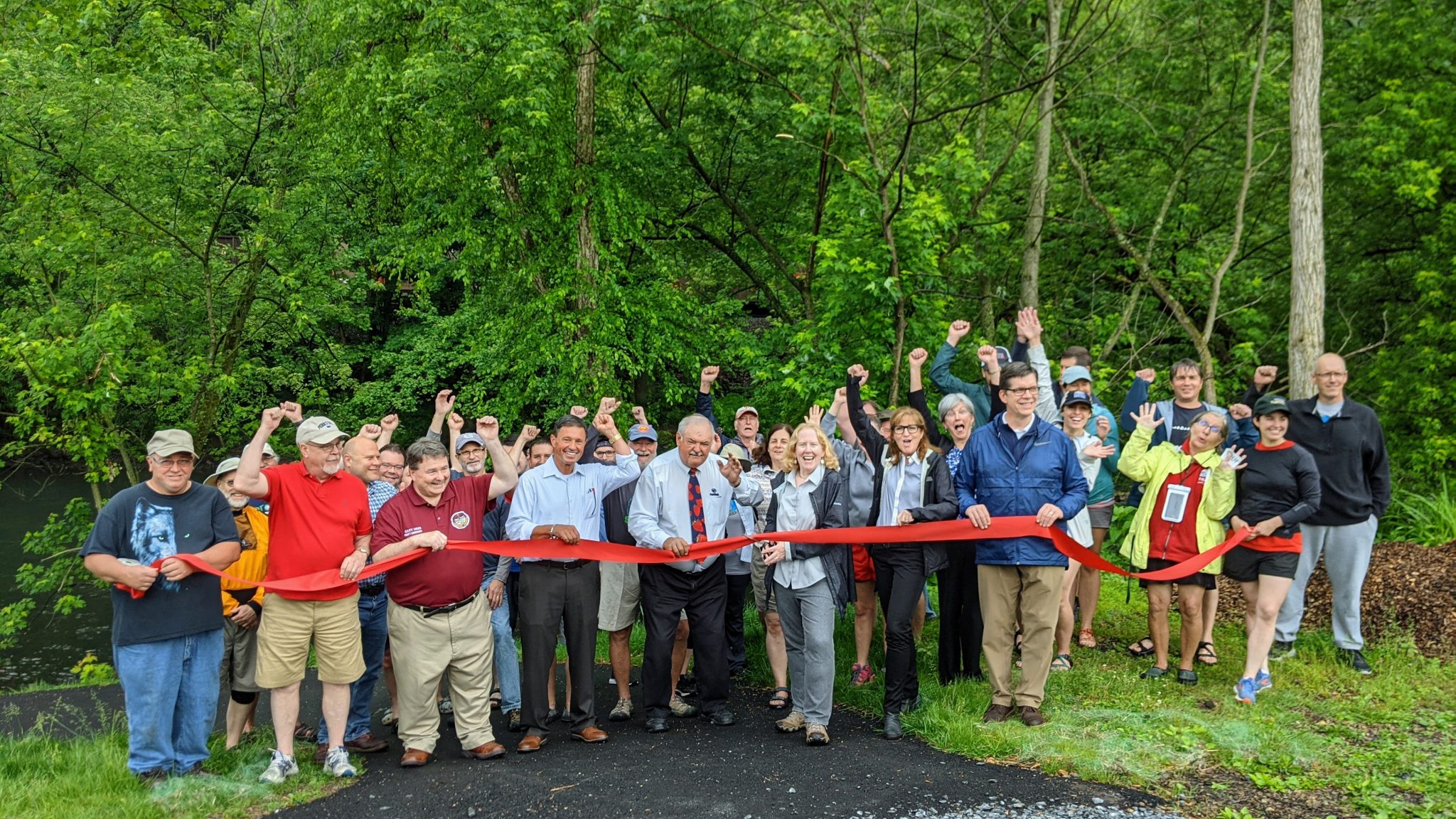 A group of 23 paddlers persevered through stormy conditions on June 3 to join the Port Clinton Paddle, a 7.5-mile adventure along the Schuylkill River. The paddling excursion began from Auburn and ended at the new and improved Port Clinton boat launch. 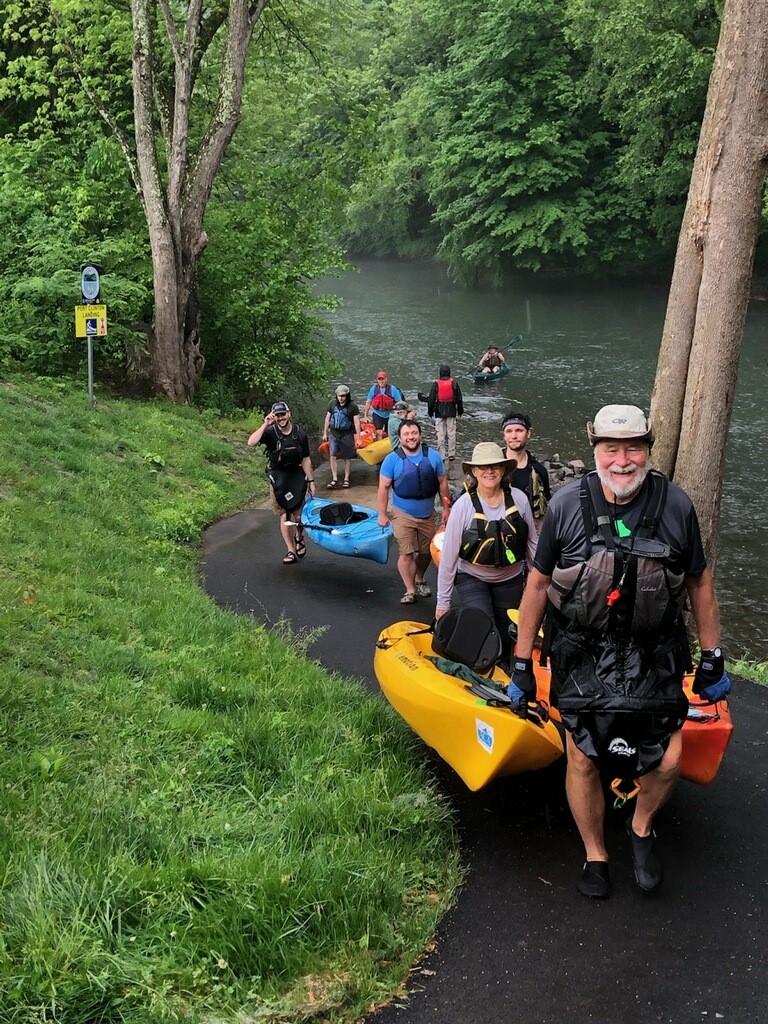 The kayaking community of Schuylkill County heavily uses the Port Clinton Park landing and it was in desperate need of improvement. The previous landing was eroding and has now been transformed into a concrete and asphalt ramp for easier access to the river. The area also has new parking with the capacity for 22 cars, a new gravel drive from the parking area to the ramp, new fencing, a new entrance gate, new signage, and new trees in the area.

Schuylkill River Greenways has invested more than $100,000 in improvements to the area through funding from the William Penn Foundation, Department of Conservation and Natural Resources, and Schuylkill County. Members of the Port Clinton Council, especially Council Member John Blackwell and Mayor Jeff Schappell, were instrumental in the planning and implementation of the improvements. 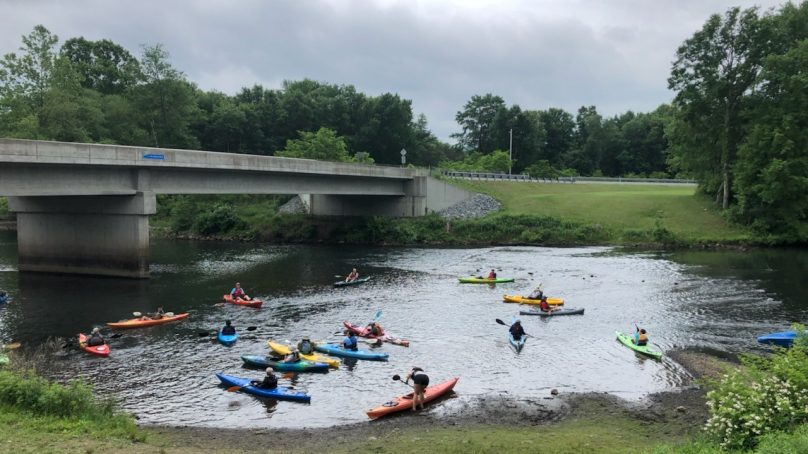 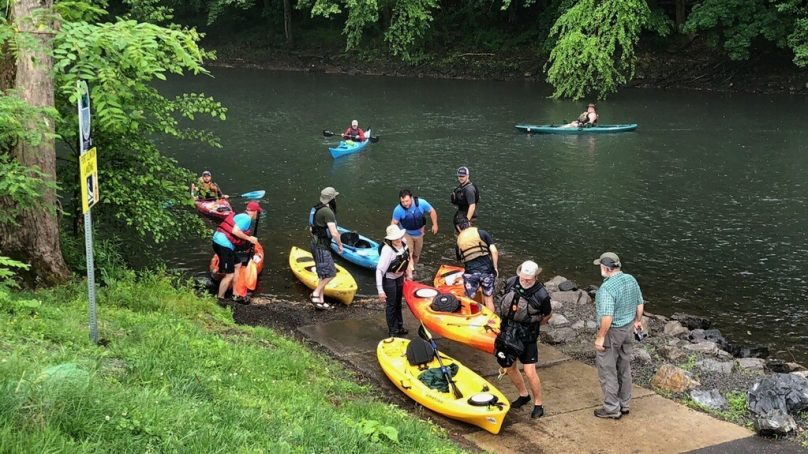 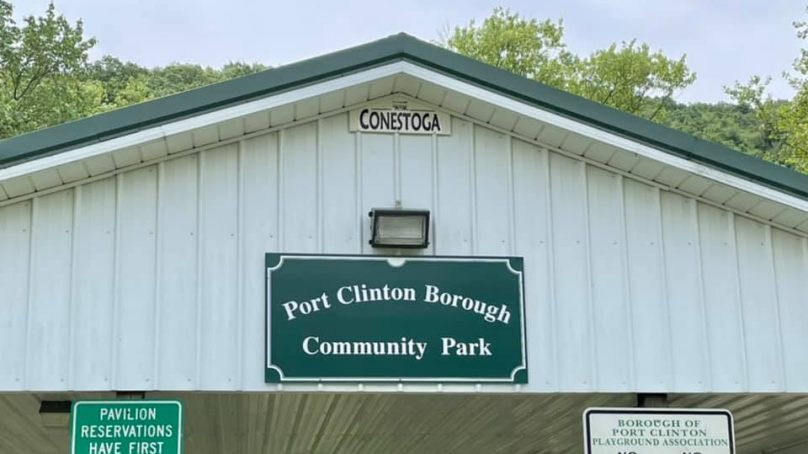 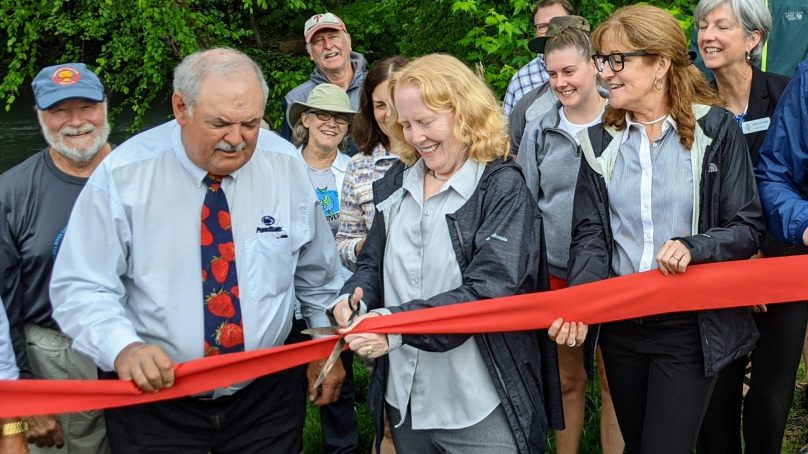 After the ribbon cutting ceremony for the renovated launch, attendees enjoyed a cheesesteak dinner as a fundraiser for the Port Clinton Fire Company. Schuylkill River Greenways has a long-standing partnership with the borough and fire company through events such as the annual Schuylkill River Sojourn.

The Sojourn is a multi-day paddling trip down the Schuylkill River. Traditionally day one of the event starts in Schuylkill Haven and ends in Port Clinton. Because adjustments were made to the 2021 event due to the COVID-19 pandemic, this year’s Sojourn won’t begin in Schuylkill County. The community can still participate in the 2021 event which will begin from Jim Dietrich Park in Muhlenberg Township on July 31 and end in Philadelphia on Aug. 4. People can paddle one day or multiple days. For more information, visit schuylkillriver.org/sojourn.