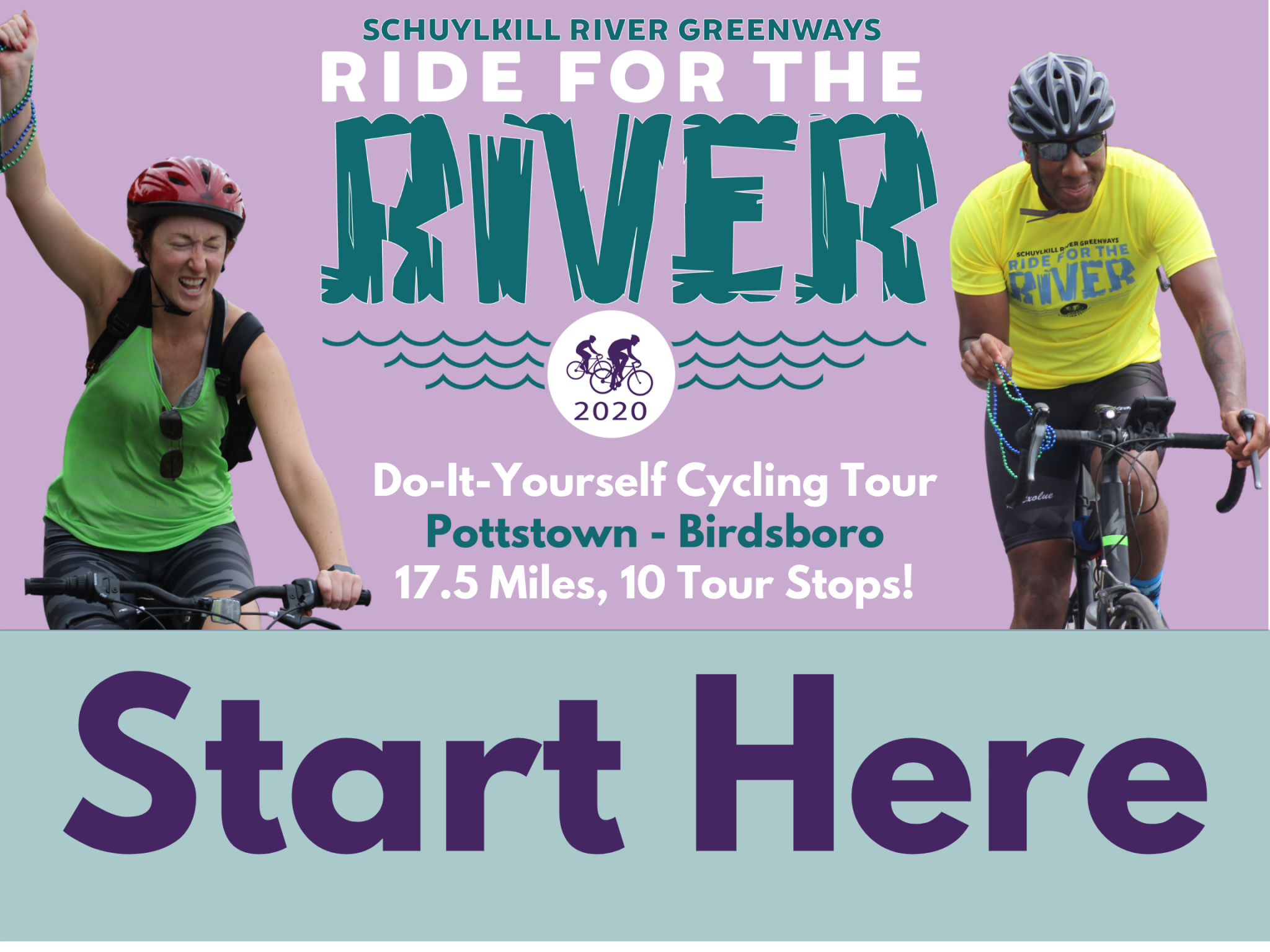 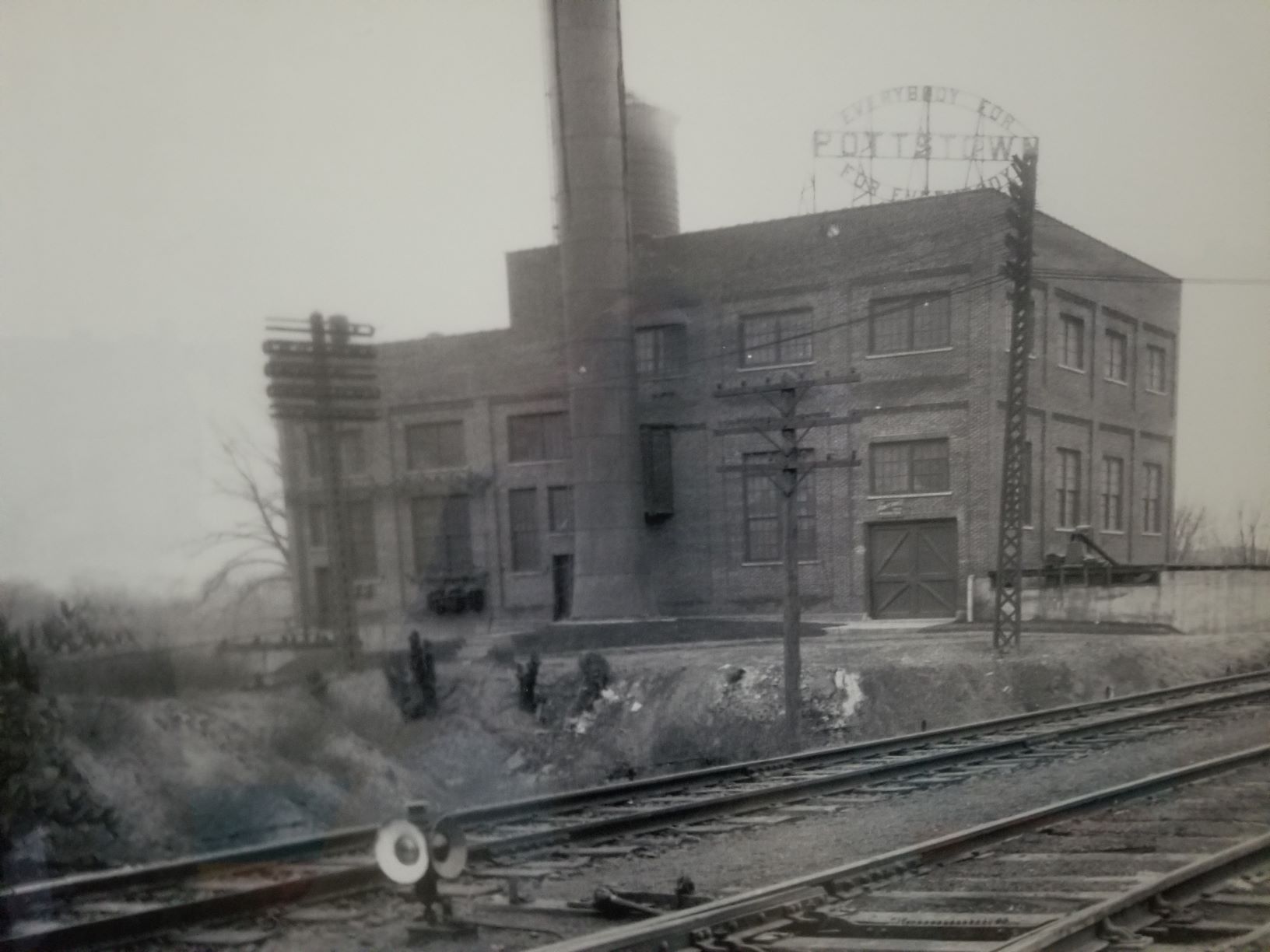 Who dumped the concrete here?

SRG Offices at 140 College Drive are shown as a Gas House on the 1877 Montgomery County atlas. Prior to Pottstown's purchase, It was owned by the Philadelphia Electric Company who would periodically alter the building to suit the needs. Since there were no other recorded uses of the property, the concrete was most likely dumped there when the Gas Works was reconditioned. 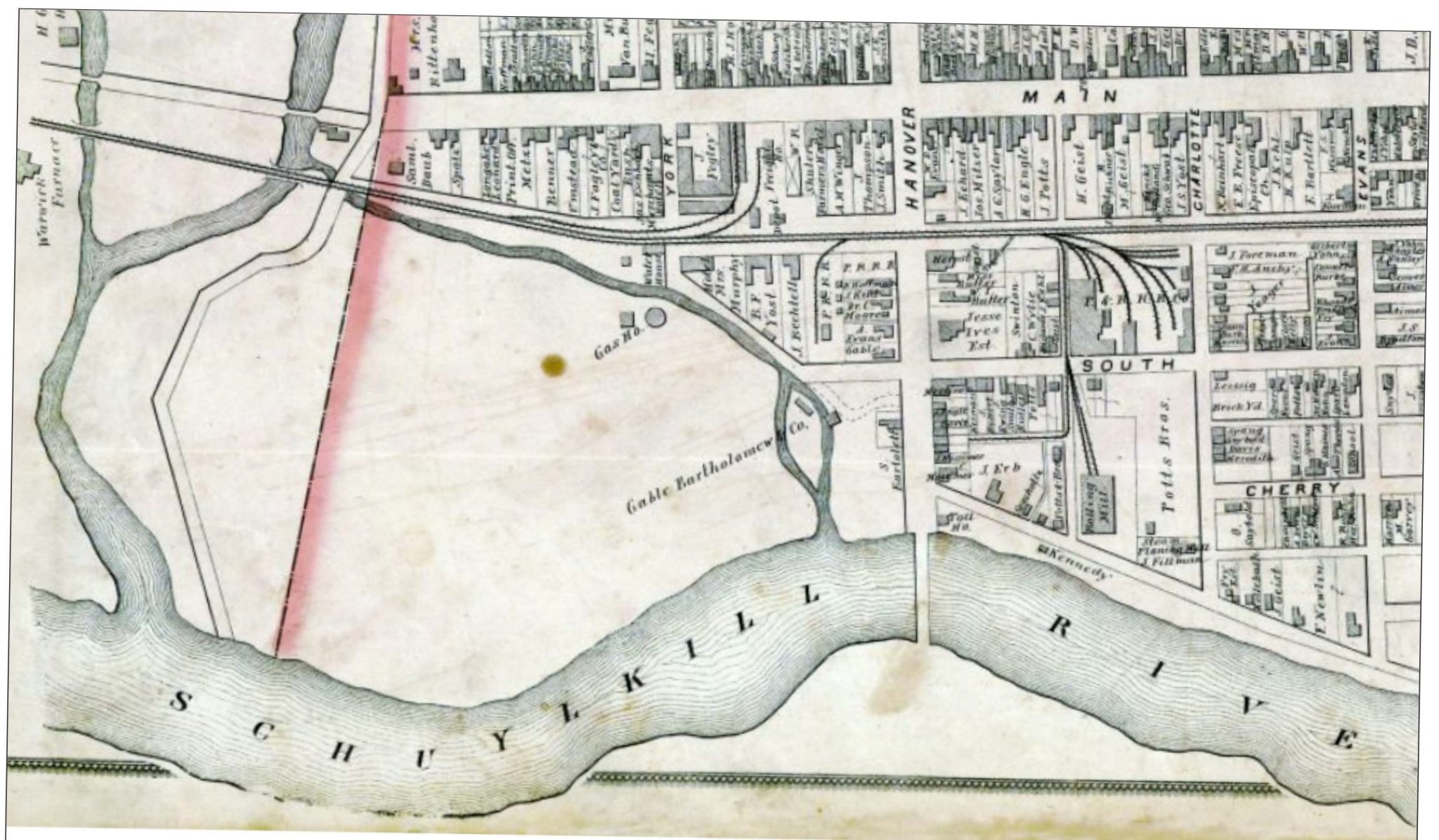 Why are industrial remnants by the river?

This is one of many industrial remnants found along Pottstown's riverbanks. During its days as an industrial powerhouse, Bethlehem Steel, forges, furnaces, and Firestone called the Borough home.

When was the park installed? 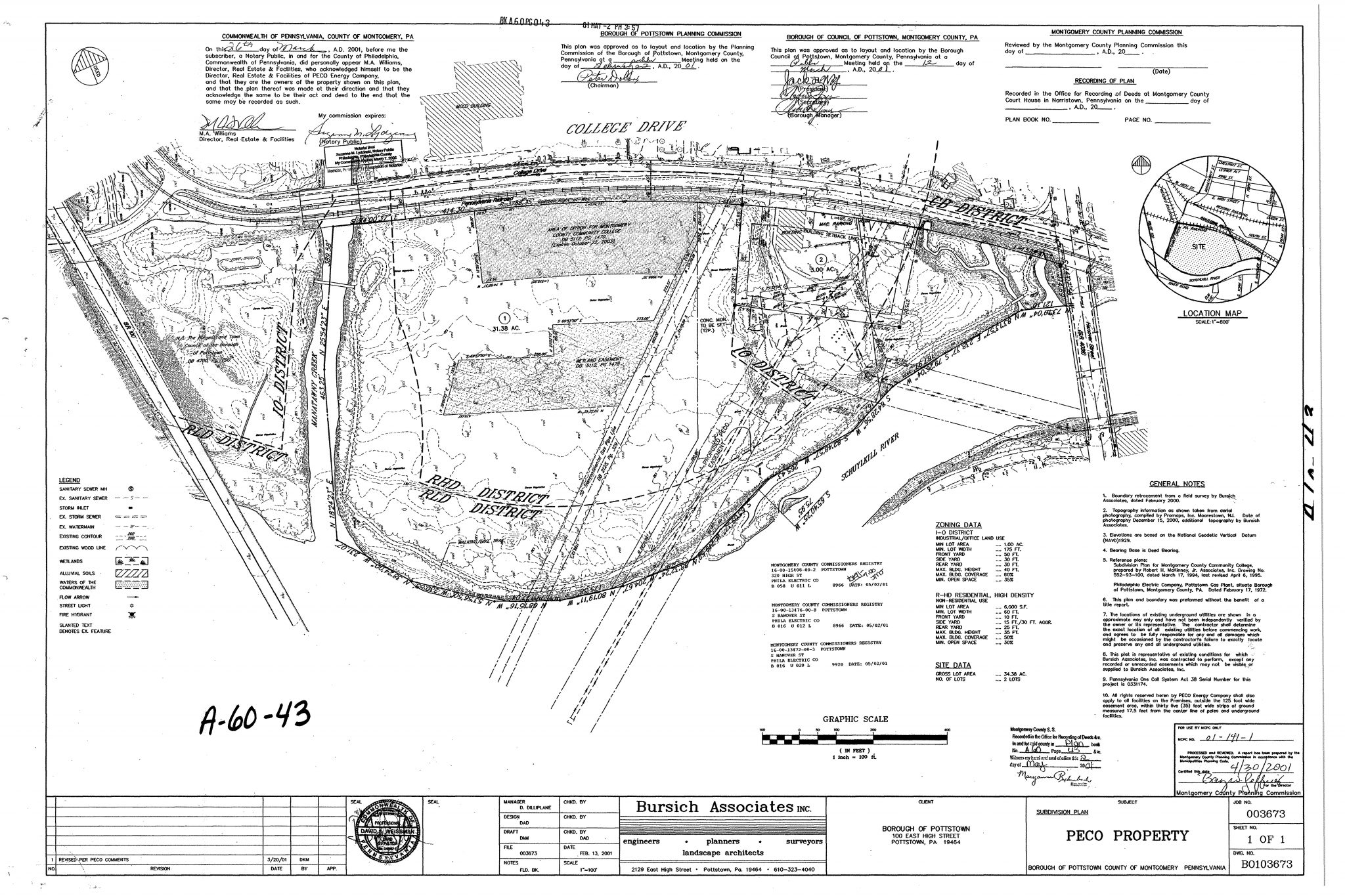 What is this mound?

The mound is actually a berm surrounding a lagoon which impounds runoff from what was at one time a hub of heavy industry bordered by the Reading RR (now Norfolk Southern) and the Pennsylvania RR (now the SRT) railroads from Riverfront Park in Pottstown to Grosstown Road in Stowe. 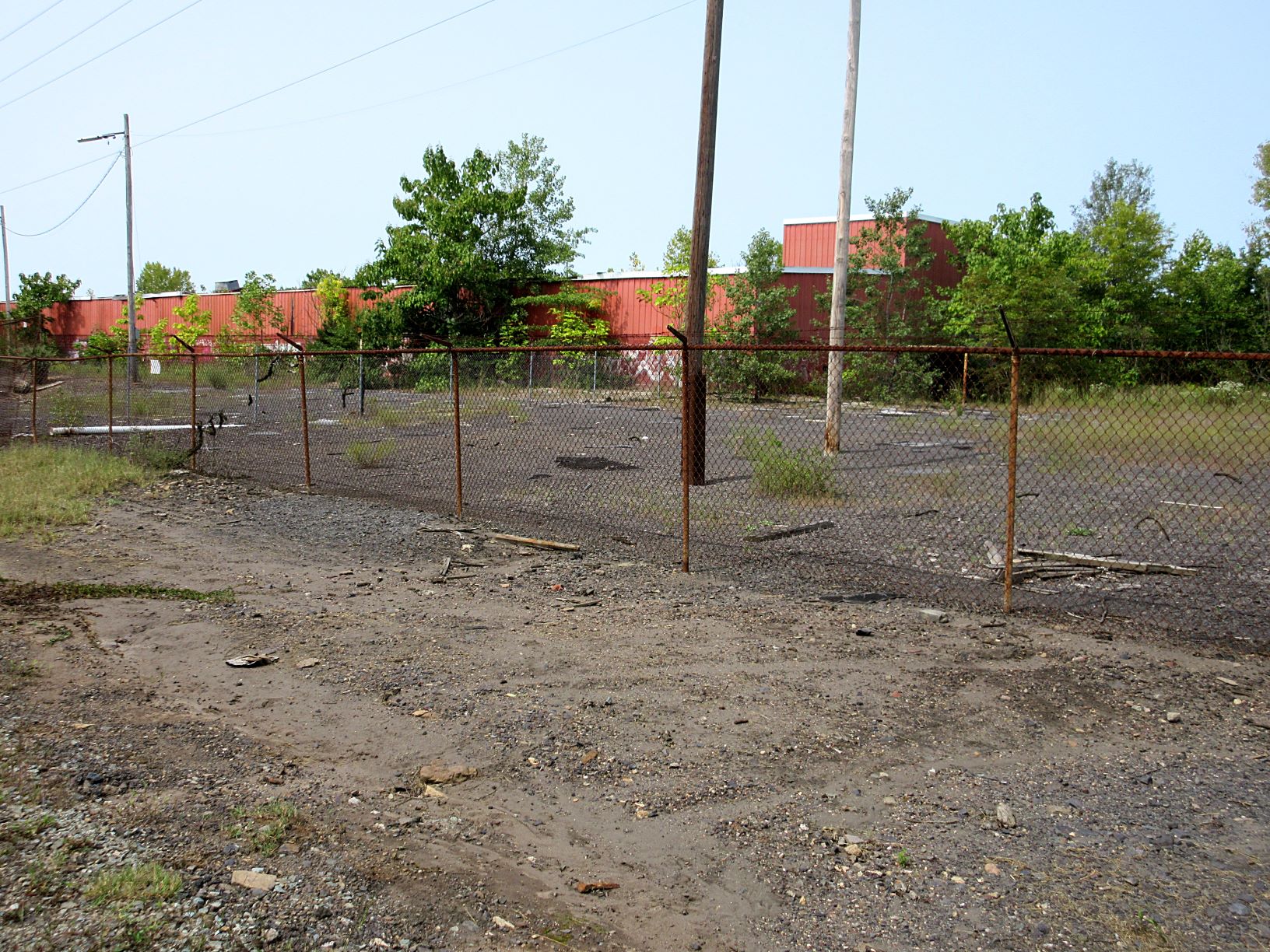 What is a "brownfield"?

A brownfield is a property in which the expansion, redevelopment, or reuse may be complicated by the presence of a hazardous substance, pollutant, or contaminant. It is estimated that there are more than 450,000 brownfields in the U.S.

How did this site become a brownfield?

Coal and raw materials were brought in and stored. Ash and slag sediment (byproduct of burning coal) were disposed of here over many decades. The soil and groundwater were left significantly contaminated. Former industrial sites such as this, which communities hope to redevelop, are called "brownfields". 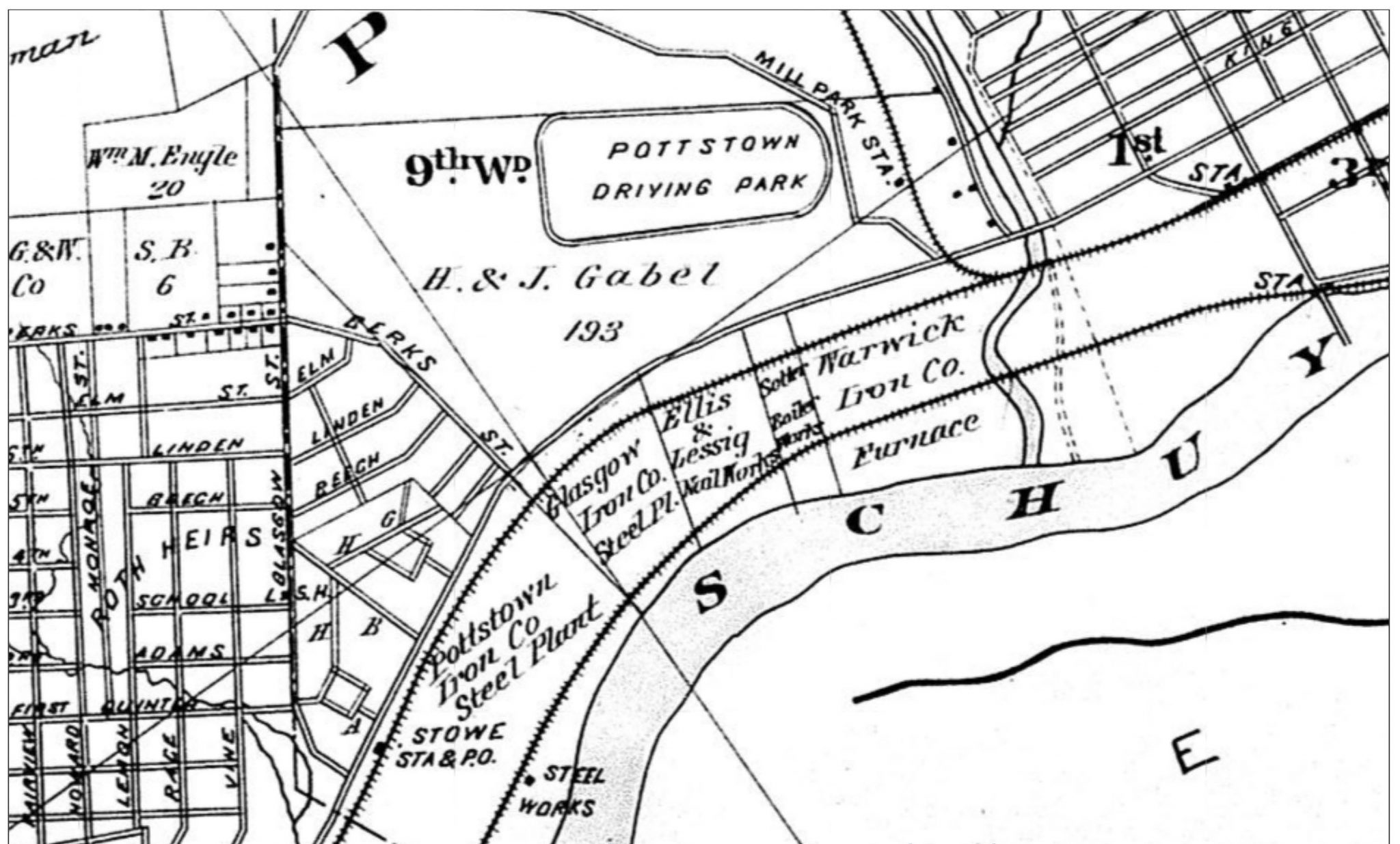 Wow! Check out this gorgeous snap of the Schuylkil

🎥🚕 Did you get your ticket yet to the Paddli

🚧⚠️TRAIL ALERT⚠️🚧 Between the Hambur

Have you seen today's "Fit Friday" in the Pottstow

Put on your best superhero🦸🏾‍♀️ costum

A peaceful paddle this Sojourn Saturday! 🌊🛶

A successful first day of the 22nd annual Schuylki

And we're off! A beautiful Friday morning to kick