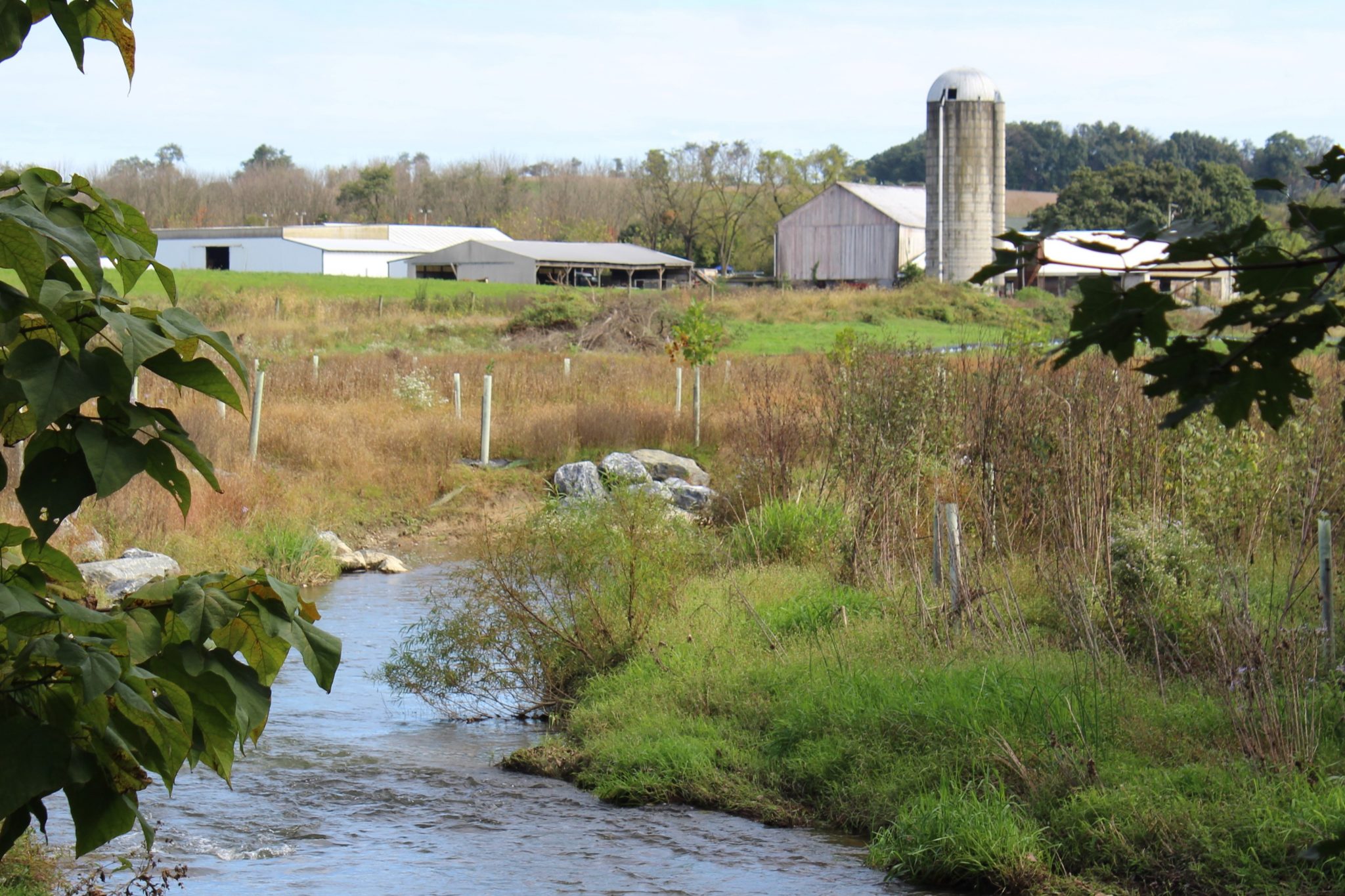 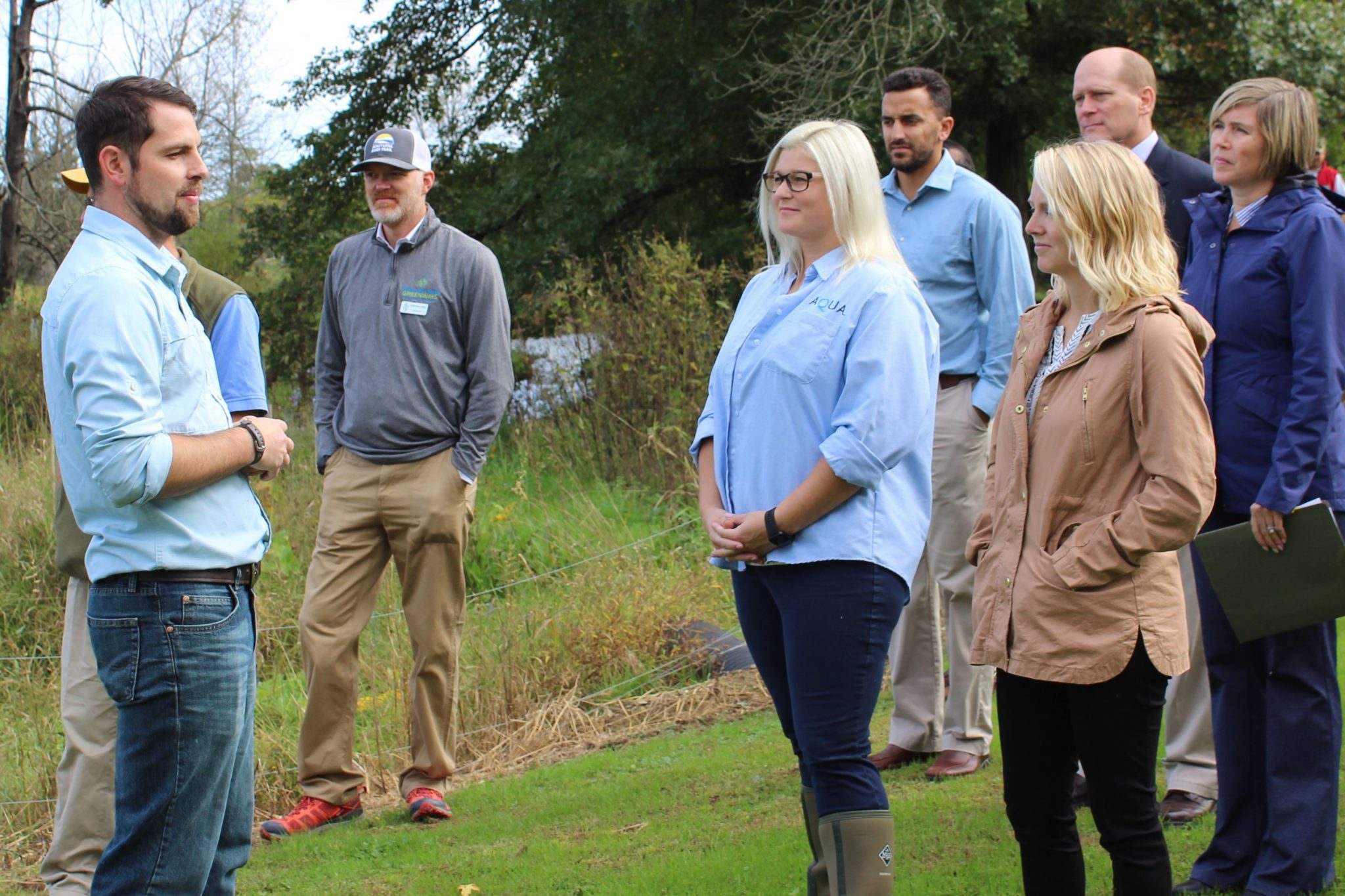 About 35 people attended the grant announcement which took place at Sunny Acre Farm, a 2017 Schuylkill River Restoration Fund grant recipient for the Irish Creek Project. The project includes streambank stabilization, increased riparian buffer along the creek, and cattle fencing. Following the announcement, attendees toured the farm and witnessed firsthand the developments that have been made to promote restoration.

“The work that the Schuylkill River Restoration Fund and our partners are doing is exponentially important in today’s legislative and regulatory environment,” said Schuylkill River Greenways Executive Director Elaine Paul Schaefer. “It’s now more important than ever to show communities and government officials the need for public investments and policies that protect water quality as well as preserve our natural resources.”

Schuylkill River Greenways Deputy Director Tim Fenchel announced “In the 13 years of this program there have been over $3.6 million of contributed funds to the Schuylkill River Restoration Fund. Of the 75 or so projects that have been completed, we’re almost at the $5 million leverage mark.”

Delaware River Basin Commission (DRBC) Executive Director Steve Tambini said local rivers and streams such as the Irish Creek and Schuylkill River have an impact on the entire basin. 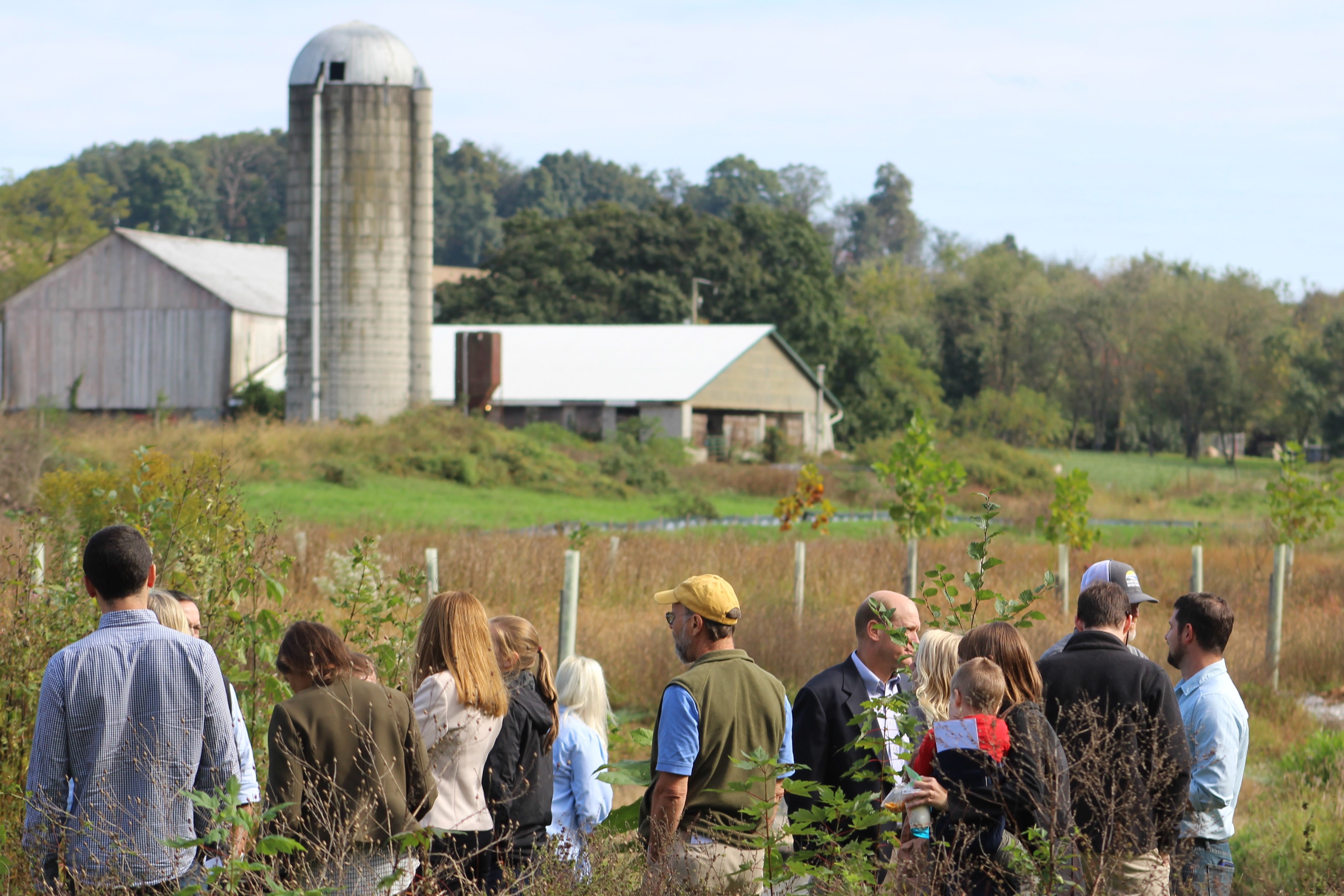 He added, “Since 2006, over 100 projects like the Irish Creek Project have been implemented in the river sub basin to improve the water quality.”

This year, fund donations came from Exelon Generation ($177,253), Philadelphia Water Department ($100,000), Aqua PA ($64,000) and MOM’s Organic Market ($2,867). All funds not distributed this year will be rolled over into 2019. The Land Transaction Assistance Grants program provides matching grants of up to $4,000 per project to pay for costs associated with property purchases and conservation easements on high priority lands for water quality and habitat protection.

Exelon has provided over $2.6 million to the Schuylkill River Restoration Fund since it was founded in 2005; the Philadelphia Water Department has contributed $900,000 over the past nine years. Aqua PA has donated over $100,000, and MOM’s Organic Market has donated approximately $6,000.

The Schuylkill Action Network and the Schuylkill River Greenways continue to seek additional contributors in an effort to further expand the fund.

The fund was originally created under a Delaware River Basin Commission docket approved in 2004 and Exelon Generation’s desire to support restoration efforts in the Schuylkill River and its tributaries.

The Philadelphia Water Department’s contribution to the fund is leveraged by other watershed partners and is directed towards addressing stormwater management and pollution mitigation projects upstream of the city’s two drinking water intakes on the Schuylkill River.