Home / SRG Updates / The 22nd Sojourn Will be Here in August

The 22nd Sojourn Will be Here in August 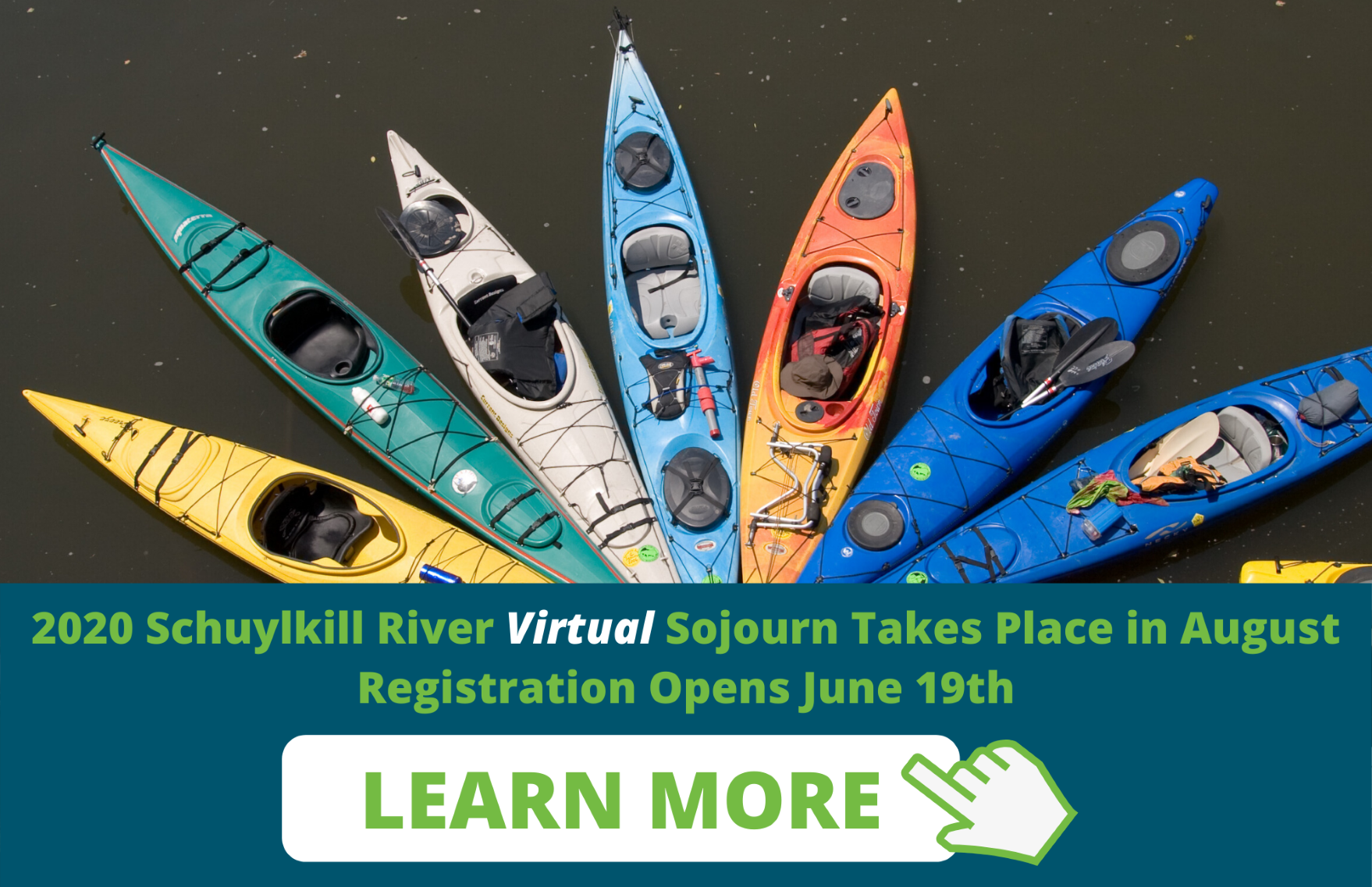 Whether you’re new to paddling the Schuylkill or you’ve been part of the Schuylkill River Sojourn for decades – don’t miss this one-of-a-kind online event!

The 2020 Schuylkill River Virtual Sojourn will feature two evening video live streams on August 9 and 16, hosted by longtime Sojourn Guide Matt Stan of Bad Adventures. A tentative in-person guided paddling experience will be offered with a choice of three separate days: Aug 7, 8 or 9. Although different from previous years, the Sojourn will be an unforgettable and adventurous journey of the river.

Traditionally, the Sojourn begins in Schuylkill Haven and ends in Philadelphia. Each of the five counties the Schuylkill River flows through will be showcased in this year’s Virtual Sojourn.  SRG is excited to announce the production of “Schuylkill Soaring,” an original short film celebrating recreation on the river through stunning imagery from land, water and air. Starting in the lush landscapes of the headwaters in Schuylkill County, we will take a virtual journey through both rural and urban communities in Berks, Montgomery, and Chester Counties, with a paddler’s arrival at the picturesque Philadelphia skyline.The short film will premiere during the 2020 Schuylkill River Virtual Sojourn this August.

Viewers will also bond over stories – both heartfelt and hilarious – told by past Sojourners; face-off against each other in a live, Schuylkill Trivia tournament for the best bragging rights; and meet characters through video interviews who paddlers have grown to love during the annual Schuylkill River Sojourn.