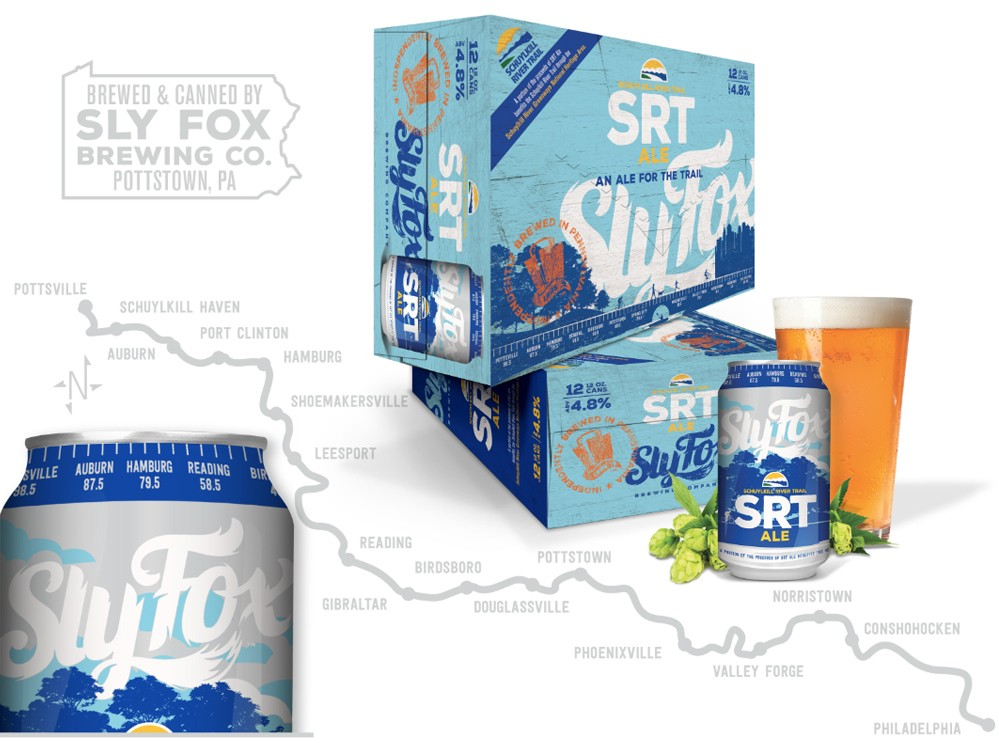 SRT Ale is a golden, hop-forward ale available in draft. The brewery donates $1 from each case sold (including draft beer) to the trail. It’s a great beer to enjoy after recreational activities such running, bicycling and paddling. The SRT Ale packaging design features the SRT logo as well as graphics demonstrating the trail’s connection to the community. SRT Ale is available all year long.

SRT Ale Will be Celebrated on Earth Day 2022 with the SRT Spree! 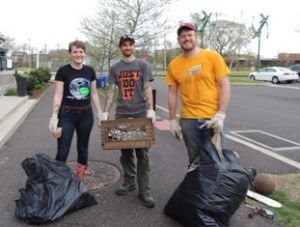 Learn More
About the SRT Spree

Every spring, when Sly Fox re-introduces the seasonal SRT Ale, we partner with them on the SRT Spree--a weekend of activities that focus on the Schuylkill River Trail. The Spree includes a 50K relay race, group kayak paddle, and a series of trail cleanups. All events conclude with the SRT Spree festival at St. Michael's Park in Mont Clare.

The Spree began in 2015, with a five-day launch event in which a two-man Sly Fox team journied 110 miles along the Schuylkill River and Schuylkill River Trail, traveling from Schuylkill Haven to Philadelphia. Throughout, they carried SRT Ale flags attached to their kayaks,bicycles, and even on horses. Read more

The Schuylkill River Trail and accompanying Water Trail are well-used recreational resources that follow the length of the beautiful Schuylkill River. Recreational usage on and along the river is growing exponentially as the surrounding population does, and consequently, more resources will be required to complete, protect and maintain the trail.

Starting in Pottsville, PA and winding through the Schuylkill Highlands to Philadelphia, the river was historically flanked by railroad lines that have since been converted to paved and gravel trails as part of the Greater Philadelphia's Regional Trail Network.

The Schuylkill River National & State Heritage Area, managed by the non-profit Schuylkill River Greenway Association, works to promote and improve the entire Schuylkill River Trail and operates and maintains about 30 trail miles in Berks and Schuylkill Counties. Not only is Sly Fox Brewing Company's SRT Ale contributing to trail upkeep, but the beer is a tribute to every step, paddle and pedal on the trail.