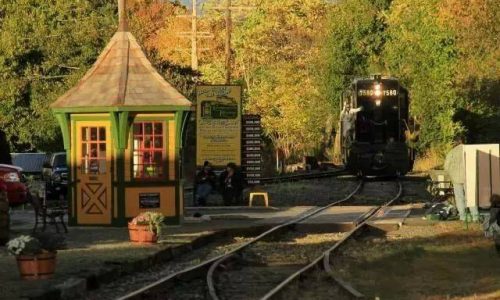 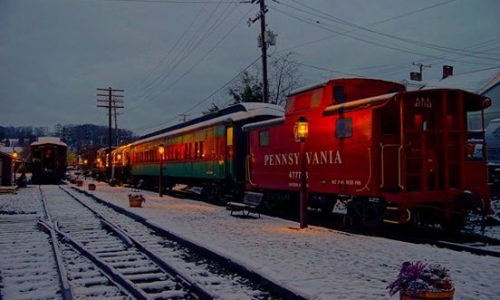 Stretching between Berks and Montgomery Counties, traversing geological formations unique to Pennsylvania and rich with Native American lore, the Colebrookdale Railroad connects the sites of the earliest iron-making industries in the American colonies, sites once familiar to William Penn, George Washington, and Thomas Edison.

Completed by soldiers home from the Civil War just four months after the Transcontinental Railroad united the East and West, the Colebrookdale is a record of epic engineering and heroic human drama. Eight-point-six miles long and a century-and-a-half back in time, the Secret Valley Line beckons you to experience for yourself the unexpected treasures of Southeastern Pennsylvania.

The train travels from Boyertown to Pottstown, offering regular featured, themed excursions for people of all ages including an autumn Hayride on Rails, a Haunted History Train, a Winter Starlight Express and a Santa Train.