Directions:
The Conrad Weiser Homestead is located on Rt. 422, within easy driving distance of Philadelphia, Lancaster, Hershey and Harrisburg. 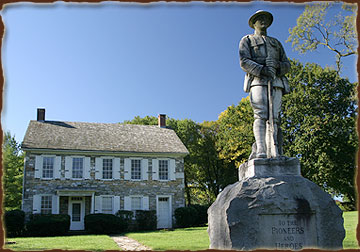 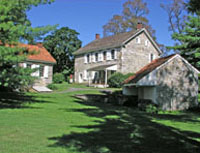 The Conrad Weiser Homestead is a Pennsylvania state historic site located in Womelsdorf, which interprets the life of Conrad Weiser.

The historic site preserves a portion of the original Weiser Homestead and interprets his life and important work. Conrad Weiser was made a Lieutenant Colonel of the First Battalion of the Pennsylvania Regiment of Foote and oversaw the construction of the Blue Mountain forts. Weiser is best remembered as Pennsylvania’s foremost colonial “peacemaker” and ambassador to Indians during the turbulent mid -18th century. Weiser was influential in the founding of Reading in 1748 and Berks County in 1752. Today, Weiser’s home and gravesite are situated within a 26-acre memorial park designed by the Olmsted Brothers.