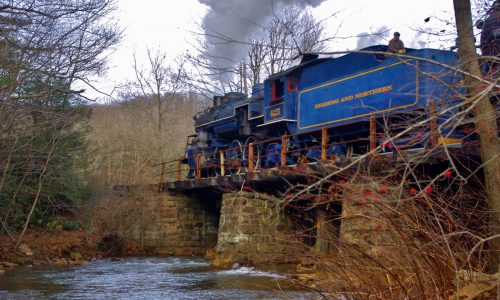 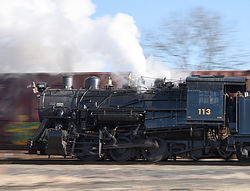 Railway Restoration Project 113 is a non-profit organization dedicated to the history of railroading in Schuylkill County, Pennsylvania.

At the heart of the project is the restoration of Central Railroad of New Jersey Locomotive (CNJ) 113, a steam locomotive built in 1923 to haul anthracite coal from Pennsylvania coal fields. It operated for nearly three decades for CNJ, and in 1953 was sold to The Philadelphia & Reading Coal & Iron Co., which used Locomotive 113 until 1960.

Stored outside, eventually with trees growing up all around her, 113 sat for many years until the coal company donated her to Historic Red Clay Valley in Wilmington, Delaware, in 1980. In 1986, Robert E. Kimmel, Sr., bought her and later moved her to Minersville. (Only one other CNJ steam locomotive survives, 4-4-2 #592 at the Baltimore & Ohio Railroad Museum in Baltimore, Md.)

Work to refurbish the locomotive to operating condition got under way in 1999 took more than twenty years, more than $600,000, and countless hours of volunteer labor. Many parts had long since vanished before restoration started; because no commercial builder has produced steam locomotive parts in decades, the Project 113 crew had to make many from scratch.

Today, the restored locomotive is used for special events, giving people the opportunity to experience an important remnant of Pennsylvania’s railroad history.