Directions:
The Philadelphia Zoo is located at the corner of 34th Street and Girard Avenue in Philadelphia's historic Fairmount Park, the world's largest landscaped city park. The Zoo is just two miles from downtown Philadelphia and easily accessible by car from the Schuylkill Expressway (I-76). Parking is available along Girard Avenue at 35th and 38th Streets. Additional parking is available at the south end of the Zoo. Public transportation is available using SEPTA, which runs several bus routes to the Zoo area. 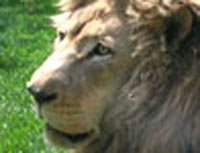 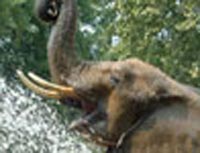 he Philadelphia Zoo’s 42-acre Victorian garden is home to more than 1,300 animals, many of them rare and endangered. The Zoo, fulfilling its mission of conservation, science, education and recreation, supports and engages in conservation efforts to protect endangered species around the world. Cheetahs, hippos, giraffes and much more make the Zoo Philadelphia’s leading family attraction with over 1.2 million visitors last year.

Like many other Philadelphia landmarks and institutions, the Philadelphia Zoo is an American first. The charter establishing the Zoological Society of Philadelphia was approved and signed on March 21, 1859. Due to the Civil War, however, it was another 15 years before America’s first zoo was ready to open.

The Zoo opened its gates on July 1, 1874. The Frank Furness Victorian gates and gatehouses, and the Zoo’s location, are the same today as they were on the day it opened. One of its assets, then and now, is John Penn’s home, The Solitude, which sat on the land chosen for the Zoo. John Penn was the grandson of William Penn, founder of Pennsylvania. The Solitude is considered to be Philadelphia’s most precise and elegant expression of neoclassical style.