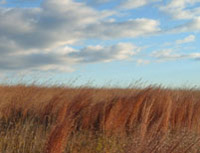 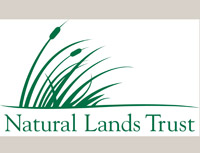 Gwynedd Wildlife Preserve is a 234-acre oasis of meadows, woodlands and wetlands nestled among the quickly developing suburbs of Blue Bell and North Wales. After more than a century in agriculture, the preserve’s fields are being carefully restored. A walk along the trails reveals a re-emerging ecosystem of native flora including warm season grasses and native wildflowers.

The Gwynedd Wildlife Preserve was once part of Record Farms established in 1872 by William M. Singerly. In time, the farm grew to more than 700 acres and, in 1912, was sold to Ralph Beaver Strassburger and renamed Normandy Farm. (Strassburger built the landmark white wall and barn visible from Route 202.) The property remained in agriculture until Jack and Claire Betz, who had purchased the various parcels during the 1970s and early 1980s, donated 110 acres to Natural Lands Trust in 1986 so that the land would be forever maintained as a wildlife preserve. In the following years, the Betz family generously helped add another 124 acres to the preserve.

This preserve serves as an excellent model for natural land restoration and our experience here guides much of our work at other Natural Lands Trust preserves. Today the 234 acres are comprised of warm-season grasses and wildflower meadows; woodlands dominated by mixed Pennsylvania hardwoods; and two wetland areas. When first established as a preserve, however, the property had been in active agriculture for many decades. Thus, the fields were dominated by non-native grasses and much of the surrounding woodlands had been cleared. The restoration work has helped to attract a variety of grassland birds such as Meadowlark and Northern Harrier.